One of the things I realized about my recent course upgrade was that there were so many features, so much new software, images, lessons, readings, etc., that it really got overwhelming. But, then I realized that this was true of traditional astrology and astrological magic in general!

They are really huge, sprawling subjects. But this makes sense. Quick and simple is going to be weak and ineffective. With traditional astrology you can actually PREDICT THE FUTURE!!! No seriously, think about that. What we can do is officially impossible. Just check out this recent Washington Post article

"I don't think it's strange for us to have laws that protect against fraud," said Clifford Royalty, zoning division chief in the Montgomery County attorney's office, adding that "religion has nothing to do with it. He's not made that allegation in the lawsuit." "The practice is fraudulent," Royalty said, "because no one can forecast the future."

There you have it folks! But amazingly enough that's what traditional astrologers do, day in and day out. No, it's not 100% but I can tell you that we do far better than economists for example, in our predictive accuracy. But to be as accurate and comprehensive as it is, traditional astrology needs to be complex to model the complexity of real life.

Oh, man, though, all this can seem overwhelming! If you are new to Spiritus or have been lurking for awhile, the jargon and technical content can be daunting. "How could I ever do this?" But remember folks, little more than a decade ago, I was in the same boat. I knew nothing about traditional astrology and even less about astrological magic. I had a teacher for horary, but then I had to laboriously learn astrological magic by myself. There was no one to turn to, no one to ask questions of, no one to help me put the pieces together. I knew that astrological magic had incredible potential and it fascinated me, but I had no choice but to slowly, painstakingly and even agonizingly at times, parse its mysteries.

Folks, you've been saved from all this. Don't get discouraged because after my ordeal I swore no one else would have to make a similar effort. Yes, there is a lot to master, but you CAN do it, because I have gone through in my courses and made learning traditional astrology and magic, clearly, straightforward and simply step by step!

For example, astrological magic. Start with my book Secrets of Planetary Magic which explains the theory of planetary magic and how to use the planets to make talismans. Quickly figure the planetary hours with TPHP, our own astrological software

But why not make it really easy on yourself? Get the Planetary Magic
Mini-Course It's all here, lessons, beautiful Nigel Jackson talisman images, and all the software you need. But most importantly, it's all laid out clearly for you. All you have to do is read the material and follow the steps.

It's easy to feel blown away, intimidated by the technicalities when you first approach traditional astrological magic. I remember feeling like I could never get this stuff! The trick is you don't have to learn it all at once. You can do it, just like my students do, and way, way, way easier than I had it. That old proverb of a journey of a thousand miles starting with a single step only had part of it, the whole process of learning traditional astrology and astrological magic is just baby step after baby step. Even though my Astrological Magic full course covers the whole range of astrological magic all you have to do is one little step at a time!

Plus I teach all of my courses personally. If you have a question about the current lesson, I am right here, by phone or e-mail to answer it.

So don't be overwhelmed by the choices or thinking about all of the material at once! Check out the courses I offer and be confident that even though in the end you will be able to predict the future and create powerful talismans, that the process itself is clear and step by step.
Posted by Christopher Warnock, Esq at 2:30 PM 1 comment: 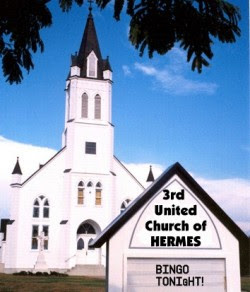 More on Hermes Trismegistus and Hermetic Gnosis
Posted by Christopher Warnock, Esq at 12:24 PM No comments: 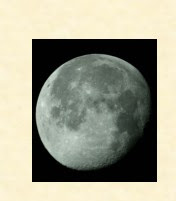 It's important to take various systems on their own terms and not apply a "this is the only way to do X" attitude at the same time realizing that not all methods are equally valid.

I had an amusing conversation with a client who had consulted a Vedic astrologer and was told that she was "actually" a Pisces [ie Sun in Pisces] not an Aries [or vice versa, I can't remember]. I replied that that was like when I was in Europe and they told me I was "actually" a shoe size 30!

Modern magic will often suggest that the New Moon and Full Moon be used for benefic ritual. When, however, we switch to traditional astrology, we need to recognize that our approach is different.

Thus right before or right on a New Moon is not a good time for benefic ritual or talismans.

Similarly, a Full Moon is the opposition of the Moon and the Sun. Again, this is considered to be an affliction. "...consider, how many ways the Moon comes to be so ill-affected...The 3rd is when she is posited in any of the combust degrees, of which the worst are: those 12 degrees which are before the degree which is directly opposite to the degree in which the Sun is, wherever she shall happen to be..." Guido Bonatti, 5th Aphorism, Book of Astronomy

Again, since the Moon is afflicted, this is not appropriate for benefic ritual.

Of course, traditional astrology does consider the waxing and waning of the Moon. Picatrix says,

"Wherefore draw your attention to that which we have said before concerning her being] fortunate and infortunate, increasing [waxing] and diminishing [waning]in light, because after separating from the Sun she secures his strength then she moves to be in a sextile, square, trine and opposition aspect. And she receives strength from the stars and planets when she is connected by the aspects we have mentioned before.

And if you find the Moon increasing in light then her strength and power is good and useful in all works to bring about increase and if you find the light [of the Moon] diminishing it is suitable and harmonious for all works in which you wish diminution.

And after the Moon separates from the conjunction of the Sun [New Moon] all the way up to a sinister [against the direction of the signs] square until it arrives at an opposition [Full Moon] it is always good and harmonious for buying and selling, trials and asking for the repayment of debts, debates and councils for everything you require.

And after separating from the opposition of the Sun and crossing to the dexter square all the way to the conjunction of the Sun it is good and appropriate to [pay] for debts that you owe and for those who keep possessions to return them to others and for wisdom and for asking and inquiring into truth. "

Traditional astrology does take into consideration the Moon's phases, but integrates their use along with a variety of other considerations.

So, it is important not to assume that what one has learned in one system can be simply imported into another. This is true of modern astrological technique and magical timing methods, both of which differ from traditional astrology.
Posted by Christopher Warnock, Esq at 5:06 PM 1 comment: