Rolling Down the Myway 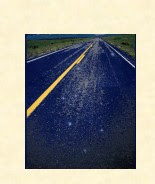 I had someone ask about whether if they wanted multiple things done from one astrological spirit, whether they needed multiple talismans.

Ummm...I was going to launch into a "THIS is astrological magic" riff and then had the sudden realization that I was falling into the my way or the highway trap.

What's hard to realize and I think that this is partly due to "scientific" thinking and partly due to the basic binary approach of American/contemporary culture but when it comes to spiritual or magical topics it appears to me that there isn't one right way to do it, but then neither does every approach work.

Science takes the one right answer approach. The problem is that that answer is always changing. "Salt is deadly" "No, a new study shows that salt is necessary for life itself" "No, hold that, a newer study..."

The New Age approach is of total equality, everybody has something to say and everybody's opinion is equally valid. Except that that is blatantly and obviously not true!

My model of reality has started to coalesce around the view that there seem to be lots of interpenetrating realities. Not an infinite number and they don't necessarily correspond to everyone's ego desires. Find a fairly valid one that fits you, and a good way to check that is to check your birthchart and if you work with it and live it you basically get sucked into it.

I've been doing the traditional Hermetic astrology and magic thing now for awhile and PHEW! It works with a vengeance, I've got magic up the #$%@

But not everyone is going to groove on the Hermetic thang, some might be Zen Buddhist, some mystic Catholic, some GD lodge freaks, and the list goes on, though not infinitely.

Any hoo, after that long tangent, my approach to astrological magic is pretty devotional. I like to hang with the planets, fixed stars, Mansions, etc. I burn some candles and incense, do some devotional invocation and the spirits show their appreciation in their own personal way, Jupiter gives wealth, Saturn, wisdom, 13th Mansion, love 'n' stuff. But exactly what I'm going to get, I don't know, I just know it will be appropriate to the planet, fixed star, Mansion etc.

That being said, a more task oriented approach is certainly possible. Check out, for example, the Picatrix planetary invocations of the Harranian Sabians found in Bk III, ch 7 in the Secrets of Planetary Ritual Do your invocation and then ask for what you want.

Still, I don't think you really need multiple talismans for multiple tasks if you are asking the same spirit. Just list what you are seeking on the talisman or in the invocation.

So, rather than the my way/highway, you can take one of the branching byways, and to further stretch both the metaphor and credulity, just don't roll off the street system altogether and start wandering around in in the weeds.
Posted by Christopher Warnock, Esq at 8:52 PM No comments: 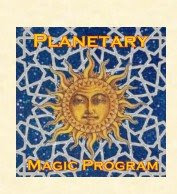 First in a whole bunch of new books, software and courses is PMP, the Planetary Magic Program.

You know when I post monthly examples of elections for talismans it looks pretty complicated with the chart, figuring out when a planet is rising or culminating, in sign or exaltation, the planetary day and hour, the Moon unafflicted, doesn't it? I took me years to figure out how to do this.

PMP does it all instantly! Boom right out of the box (or rather off the CD, if you get it free with a course) you don't need to know a thing about astrological charts or traditional astrology and you can do powerful advanced full chart elections. Now granted it's a good idea to check PMP's results because there are still nuances, but PMP is doing 80-90% of the job in 2 seconds.

Whatever your knowledge level, you are going to want PMP if you are at all serious about astrological magic or making talismans because this is the first program specifically designed to do fast, quick, easy traditional planetary elections.

All that for $39.95 as a stand alone program
PMP: the planetary magic program

or free with the new Planetary Magic Mini-Course


or Astrological Magic Course
Posted by Christopher Warnock, Esq at 8:52 PM No comments: