Astrology in the News! 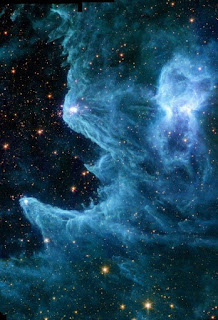 Always interesting to see how astrology pops up in the news. First mention is today in the Washington Post

Note that the heliocentric perspective is presented as objective truth while the geocentric perspective is simply an illusion. In fact, if you watch Mercury in the sky from Earth it will indeed appear to move backwards. Of course the video itself is an illusion, being a series of still pictures that change so quickly that they appear to move. Clearly everything we see via video is therefore also false!

I, along with Plotinus, agree with astronomers that the planets and stars are not actually causing effects on Earth. Instead the underlying spiritual cycles control both the cycles of the Heavens and cycles on Earth. Either that or the planetary archangels!

Finally it is very cute of the Washington Post to have it both ways, they report Mercury retrograde, explain what it is, give useful information on when Mercury is retrograde, all definitely aimed at an audience who are receptive and interested in astrology, then in the end denounce astrology. Same old media strategy, as Billy Bragg says, "Where they offer you a feature On stockings and suspenders Next to a call for stiffer penalties for sex offenders"

And yes this appears to be pretty heinous fraud. But this story links back to an earlier one on fortunetellers who are not simply using this as a con, but believe in what they are doing

The NYT's attitude is the traditional one, all fortunetelling is fraud, no matter what the fortuneteller themselves believe. Under New York Penal Law §165.35, entitled, "Fortune telling"

"A person is guilty of fortune telling when, for a fee or compensation which he directly or indirectly solicits or receives, he claims or pretends to tell fortunes, or holds himself out as being able, by claimed or pretended use of occult powers, to answer questions or give advice on personal matters or to exorcise, influence or affect evil spirits or curses;  except that this section does not apply to a person who engages in the aforedescribed conduct as part of a show or exhibition solely for the purpose of entertainment or amusement.

Fortune telling is a class B misdemeanor."

So as long as you admit it is fake, you are ok. If you believe that you can predict the future and charge to do so, you are a criminal in New York.

Posted by Christopher Warnock, Esq at 4:21 PM No comments: 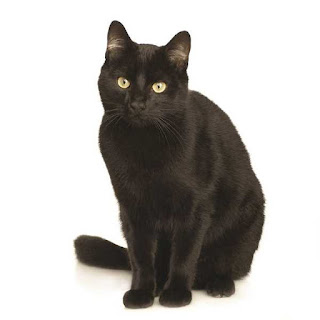 Let's kick off with a Stevie Wonder video and the "official" definition of superstition from Wikipedia "Superstition is the belief in supernatural causality—that one event causes another without any natural process linking the two events—such as astrology, religion, omens, witchcraft, prophecies, etc., that contradicts natural science."

Well that wipes out everything spiritual doesn't it? No magic, no astrology, but also no religion, no gods or God, nothing but atheistic materialism. And in fact, much of what passes for the ideology of "Science" since the so-called Enlightenment has been a relentless attack on the spiritual in all areas. Most mainline Christian denominations have been happy to join in on attacks on astrology and magic, without realizing that their own raison d' etre was also implicated.

So clearly as an astrologer and astrological magician, I don't reject spiritual causality. The Hermetic philosophy that traditionally explained astrology and magic sees the Cosmos as one great unified Being, connected by bonds of sympathy and correspondence. I therefore don't see any chance or any coincidences, everything happens for a purpose. The problem is that since we can't always see the causality that is taking place. Two events having simultaneously or in close proximity are connected but don't necessarily cause each other. Science itself has problems with this. Just because people that only drink one drink a day are healthier overall doesn't mean drinking is healthy, it's actually that people that are so moderate as to only drink one drink a day have a lot of other healthy habits. A deeper underlying pattern that we often don't see or understand is what is providing the connection.

Horary astrology is an excellent example of spiritual causality and connection. The cycles of the stars and planets are easy to see and can be mapped thousands of years in the past and into the future. In the Renaissance view a person's emotions and body cycled with the Heavens. By asking a serious question, one that is emotionally important, the querent fixes a moment when their situation corresponds to the Heavenly cycles. The astrologer can then see through the chart to the underlying spiritual cycles, and then map these cycles back to the querent's situation, making an accurate prediction of future events. This is all spiritual causality and yet horary astrology can make astonishingly accurate and precise predictions. Horary was what really opened my eyes to the reality of the spiritual and the spiritual causality and connection that underlies all material things.

However, the atheistic/materialist skeptics have a point, it is definitely possibly to start seeing connections that don't work and causality that doesn't exist. "Step on a crack, break your mother's back" is classic superstition. I've stepped on a lot of cracks and my mother is still in pretty good shape.

This is where it gets tricky, particularly for magic. Science has taken all the material phenomenon that work 100% of the time. We are working with much more abstract forces that work sometimes, but not all of the time. Much of the time we have to judge by synchronistic means, I do a Jupiter talisman and 45 minutes later I get a check for $3000 in the mail. Jupiter = wealth and the timing fits! I typically do a 3rd and a 7th Mansion consecration each month when the Moon is in the 3rd and 7th Mansions. Often, and it happened this month, I get a big surge of business around these days. But not always.

So given the difficulty of actually seeing spiritual connections we do get a lot of false positives, which I think are legitimately branded as superstition. A key example that recurs over and over in astrology is relying on a single astrological factor that affects every single person in the world equally. For example, Mercury retrograde. Now Mercury is retrograde for all seven billion people on the planet, but somehow 99.99% of phone calls get through, 99.99% of flights don't get cancelled and the Internet doesn't shut down. In fact many people will be having the best day of their lives under Mercury retrograde. The proof is that no one can make any specific predictions in advance about the effects of Mercury retrograde, other than "it's bad, it's really, really bad" Actually the flavor of the month right now seems to be the void of course Moon. I've gotten people e-mailing me asking about the void of course in horary questions, in their natal charts, in elections, and worrying about it in non-lunar talismans. The unifying factor is that they are frightened and don't exactly know why.

On the other hand, I really don't like the number 13. I skip when numbering slides for lectures, for example. It just makes me nervous, I'm not really convinced there is a causal connection here, i.e. this is basically superstition. Nevertheless, I make it easy on myself and don't use the number 13, except in situations where it would be excessively difficult to avoid. Superstition is fine, so long as we recognize it as superstition and don't let it run our lives. There's nothing wrong with preferences and even superstition, except insisting they that are objective fact! 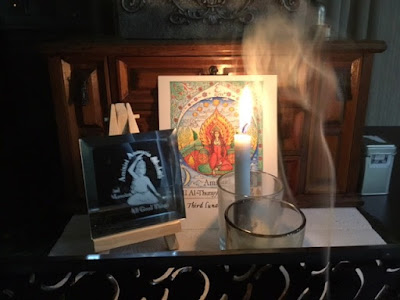 Folks, every time someone reports back their results I save them as a testimonial. I literally have 47 pages of testimonials. Here's a pretty incredible one I got this week:

"Was checking my mail and as soon as I opened my letter my Apple Watch buzzed and notified me of the moon about to enter the 3rd mansion. I looked at my check and it was for $33,000. What do you know! GK"

Plus the client sent the 3rd Mansion ritual picture you can see above. Check out the face of the woman in the smoke of the incense! Cool!

Check out 3rd Mansion Mirrors! One of my favorite talismans for "all good things"
Posted by Christopher Warnock, Esq at 8:03 PM No comments: