What Does Lilly Mean by Possessing? 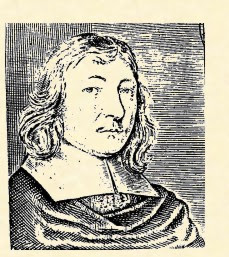 Lilly at Christian Astrology page 206, "[Tenants, good or ill.] If an Infortune possesse the Ascendant, the Tenants or Occupants are ill, deceitfull and unwilling the goodnesse of the ground should be discovered: if a Fortune be in the Ascendant judge the contrary, viz. the Tenants are honest men..."

Lilly at Christian Astrology page 230 "but if a fixed Signe possesse the Ascendant or 5th house, or any moveable Signes, and the Sun and Moon be therein, viz. either in fixed or moveable Signes, and in the 5th or 1st house, it’s a certain argument the Woman is with child but with one:"

Lilly at Christian Astrology page 267, "I usually observe, who is the Lord of the Ascendant, and which of the benevolent Planets he is in aspect with, and how many degrees there are distant betwixt them, in what house they both are in, viz. whether Angles, Succedant, Cadent, what Signe they possesse, whether Moveable, Fixed or Common"

Lilly at Christian Astrology page 422 "If in this house good Planets have either government, or are in possession thereof, or aspect the same without the testimonies of the Infortunes, it signifieth good, or is an argument thereof in all questions concerning this house" [9th house]

Lilly at Christian Astrology page 550 says, "If the Lord of the ascendant is beheld by no Planet partilly, judge by that mediety of the signe which the Almuten doth not occupie or possesse."

Ok, I should say at the outset that Lilly and his 17th century contemporaries were not always consistent in their use of terminology, jargon and terms of art. House, for example, is confusing because sometimes it means sign and sometimes it means one of the 12 houses.

Possessing definitely seems confusing! There does seem to be a tendency to use the term possessing with signs. This can be used of a sign possessing a cusp, which means that sign is on the cusp. More frequently we see a planet possessing a sign, which generally seems to be used to mean that the planet is in the sign. What is very confusing is that Lilly on several occasions contrasts occupying a sign with possessing it.

It is interesting to just considering the term possess

1 a : to have and hold as property : own b : to have as an attribute, knowledge, or skill

2 a : to seize and take control of : take into one's possession b : to enter into and control firmly : dominate

So to posses is to have ownership of something, but also has a sense of presence, of entering into and even of physically holding.

So we can see how possess could plausibly be applied either to house or sign rulership and simultaneously to emplacement in a house or sign. And in fact, house rulership and house placement both show the involvement of a planet, node, etc. with the affairs of that house.

So very interesting question and another example of the need to flexibility and tolerance of ambiguity in our traditional sources.