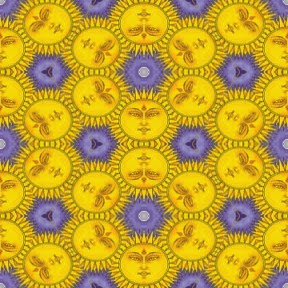 For protection against flooding, one of the most important safety precautions is to divide a ship into a large number of separate, watertight compartments.

If there is a breach in the hull at one point, the water is contained and the entire ship is not flooded. This is a key precaution to maintain overall integrity and structure of the ship.

Compartmentalization also works well to maintain the structure and integrity of your life structure and worldview. In fact, for many people, keeping the different facets of their life carefully separated is the only way they can maintain the current structure of their lives. We can present one face to our friends, another to our family and a third to our boss and co-workers. We rightly or wrongly fear that if these disparate strands of our life were brought together that problems, conflicts and even a threat to the continuation of the current course of our lives may take place. Often we do not even bring the possible consequences into consciousness, we simply keep all of these different areas separate.

Now, sometimes compartmentalization is wise. Many years ago when we were in DC I had a friend at a large, very conservative lawfirm that I had been fired from. My friend was probably correct not to flaunt in front of his boss his friendship with such an egregious rebel. One of the downsides, however, of compartmentalization is an inevitable fracturing and at least mild schizophrenia. We are never free to be who we are, but must always conform to the requirements of our surroundings.

I've also encountered another very interesting example of compartmentalization which is the significant number of people who are otherwise entirely conventional, with one exception, be it ceremonial magic, or Zen, astrology or some other spiritual or esoteric interest or activity. For example, again, in DC, I met a guy who said, "I'm just a regular, run of the mill programmer, who does Goetic magic in the evenings and on the weekend." Similarly, this is fairly prevalent with Zen, as my experience is that Zen practitioners are otherwise totally ordinary plain vanilla liberal Democrats.

This compartmentalization of spiritual, magical or esoteric practice has several practical uses. It can be seen as a purely practical measure as old aunt Zelda or your boss might react badly. But in fact there is a deeper purpose here as the spiritual or esoteric practice can be partially taken on board without disrupting the existing mental structures and worldview. This is, in fact, another very significant drawback of compartmentalization. For me the practice of first astrology, then astrological magic, then Zen meditation and awakening through Zen & Non-Duality all had an incredibly wide and deep effect on all areas of my life. These combined practices changed my worldview and my reality.

Take horary astrology. In horary we look at the chart of a question and from the position of the planets at the time of the question, we can accurately judge the answer. Not always, but at least 80% or so and sometimes the level of accuracy is amazing. Now we can toddle along with that, unconsciously sticking with the underlying atheistic/materialistic worldview that we are fed by our culture, but just start contemplating the implications. If horary works, which is most definitely does, then there are spiritual cycles that underlie the material world and there is more than simply matter and energy. Existence is not random, the Cosmos is completely patterned and meaningful. Not just in a poetic, vague way, but very practically and concretely, such that a client can ask, "Will I get the job at Y corp?" and I can say "yes" and be right the vast majority of the time.

Compartmentalization allows us to be irrational, for the left to know something that the right can simultaneously deny. It's one thing to not mention you are an astrologer to old Aunt Zelda, it's another to deny the implications of it to yourself. As much as I enjoy predicting the future, in fact the most important thing I've learned from astrology is that the modern worldview is so full of holes as to be almost unusable. The self is quite threatened by this sort of knowledge, which upends its worldview and turns its reality topsy turvy. It sees this knowledge as a danger, a flood that compartmentalization is needed to protect itself from. But if we are to see things as they really are, we have to be willing to be changed. These walls that seem to protect are in fact dividing us and walling us in. Be willing to be other than you are!

Posted by Christopher Warnock, Esq at 7:08 PM No comments: