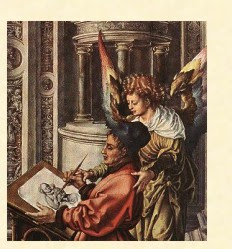 Rather than a spiritual battery recharge of impersonal forces, akin to plugging in your Ipod, I'd rather think of additional consecrations as strengthening one's connection to the spirit of the talisman. The more consecrations you do, the better your connection to the spirit and the stronger and more obvious the effects of spirit.
Posted by Christopher Warnock, Esq at 4:43 PM 5 comments:

What’s Happening When You Ask a Horary? 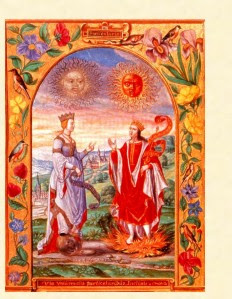 Lilly says, for example, if he is receives a letter that contains a horary and then carries it around for several hours that when he opens it up, reads it and understands what the querent is asking as a horary, that’s the time he uses. Logically, since the understanding of the question by the astrologer is the event used to fix the time of the question, it is the location of the astrologer that is used.

This causes a good deal of confusion among clients, particularly those with a smidgen of knowledge of horary or a scintilla of awareness of traditional astrology. Modern astrologers find horary itself to be almost inexplicable!

Use the time the astrologer understands the question? Use their location? But it is MY question!

And indeed considering the question to be metaphysically mine makes sense to moderns. After all I am the center of the universe, as much as we are outwardly conditioned to deny this as selfish, we all, in our heart of hearts know it to be true. So the basic thought process is that I came up with the question and somehow the stars are arranging themselves to me and to my question. This thought process is pretty automatic and almost unconscious, quite logical under the modern atheistic/materialistic worldview. After all under this view any order is either produced from physical laws (eg gravity, Newtonian physics, magnetism, etc.) or from conscious human intervention (somebody thought about the pattern and conscious put it into operation).

But is it truly MY question? To answer this, let’s step back a bit.

How does horary even work? After all we can see how a birth chart might reflect some sort of beams or energy field at the time of your birth (Jupiter beaming some sort of waves from angle?) but horary? The chart of the time of asking a question (no matter how you determine this) gives the answer?

Hermetic philosophy provides an answer. Since every individual thing ultimately proceeds from the One (not a being, spirit or individual, but the unity of all things and the origin of all) everything is bound to everything else in an intricate web of spiritual sympathy and interconnection.

We can think of this in terms of direct causality, ie spiritual rays, see Al-Kindi’s On the Stellar Rays. These are not electro-magnetic, however, so still not acceptable to modern science.

We can also think in terms of things cycling together, without being directly connected. I like to think of 2 alarm clocks. Alarm clock A has no hands but a bell. Alarm clock B has not bell, but has hands. Both are set to the same time. When the hands on clock B reach 8:00 the alarm on clock A goes off. No direct connection, but useful nonetheless. This is the explanation given by Plotinus in Ennead II: Tractate 2.

There is a third explanation of causality, which we might term the magical one. This has less application to horary and more to astrological magic and posits the planets, stars, etc., as personalities that can be interacted with.

So given these different traditional ways of explaining the entire Cosmos, what’s happening when you ask a horary?

The medieval Italian astrologer Guido Bonatti says there are three things that cause a querent to ask a horary.

So, now we are getting closer! What’s happening is not just that I ask a question, but that there is an interaction of multiple factors which Bonatti identifies as the soul, which appears to be emotional or at least thought colored by emotion, the cycles of the planets and stars and the free will, basically the higher reason and divine wisdom of the querent, all interacting.

As Bonatti explains it we can see that the question is as much the planets’ and stars’ question as it is ours! The question only manifests when all the factors line up. If just our wanting to know the answer isn’t enough, it also seems logical that our own asking isn’t enough. We need to manifest the question and complete the celestial circuit by asking the question of the astrologer.
Posted by Christopher Warnock, Esq at 4:07 PM No comments: