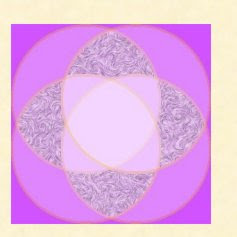 I had a recent request for a talisman consecration video. One of the things I really like about the Internet is the proliferation not just of written information, but also visual info. For example, I have hosta, popular lily type plant, in my yard. It grows like crazy and you are supposed to split them periodically. How to do it? About 100 videos that tell you how. Having never done it, I think I can pretty easily now.

So, I'm sympathetic to wanting to see how talisman consecrations are performed. Personally, I don't have any videos that I have done on this. Main reason is that the production values that the modern audience demands, even for free videos on Youtube, is very high. I get complaints about the sound quality of my videos made before I had a professional quality microphone and a recording expert buddy who does the sound recording and editing for me. To film a ritual would require multiple cameras, makeup, costuming, lighting, video editing, etc., if I wanted to avoid getting pounded by critics for not making the super glossy, professional free videos that today's discerning Youtuber clearly demands.

But I want to reassure everyone about ritual. In our atheistic/materialistic world ritual is something alien to most of us. We likely haven't had contact with anything other than dead ritual, haven't been able to see or participate in a living spiritual ritual where the participants trusted that the ritual was meaningful and effective.

The basic template for ritual and for consecration in particular, in the Western tradition, is fairly straightforward with three steps: Open, Do the ritual, Close.

I open by sprinkling water, and invoking divine names. I call on the 4 archangels (Michael, Raphael, Gabriel and Uriel) of the directions and sprinkle water in their respective directions.

Not only does this demarcate the beginning of the ritual, but it cleans out the space from any spiritual hangers on that are attracted by the spiritual energy/work being done there. Also blesses the space and ritual.

Now, the Picatrix style ritual that I use differs significantly from the standard ceremonial magic, particularly Goetic or outright demonic ceremonial magic, in that there is no magic circle and nothing is done to protect the mage from the spirits who are invoked. This is because we are invoking celestial spirits who are basically angelic. We do not need to protect ourselves from them nor can we command them, as one would do with a Goetic spirit or demon.

Essentially an astrological talisman consecration consists of invoking or calling upon the respective spirits by name and asking them to take up residence in the talisman.

We have a reasonable number of invocations in our traditional sources, particularly Picatrix Bk III, ch 7 for planets and Bk IV, ch 9 for Mansions of the Moon, but for fixed stars and decans we have to write our own.

Generally the Picatrix invocations call upon the planets by various names and then list their attributes, which can be both positive and negative.

While we are reading the invocation we generally have one or more candles burning and have incense burning as well. These spirits, like most benefic ones, tend to like candles and incense.

A key part of ritual is suffumigation which is simply moving the talisman back and forth through the smoke of the incense, while saying the invocation.

We end the ritual, closing the sacred space and returning to the mundane world. I usually say divine names and just say, "I now end this ritual"


I am very precise and rigid when it comes to astrological timing, but ritual is way more free form. I am increasingly moving towards short but heartfelt ritual as opposed to long, tired ritual. There is a wide variety of things you can do in ritual so long as they are appropriate.

Appropriate? First of all, be respectful! This is not a joke, these are actual, existent and very powerful beings. We can also figure out what is appropriate by looking at planetary rulership. Sun rules yellow, ok, yellow candles. Sun rules frankincense, ok, frankincense is good solar incense.

I can tell, however, that a lot of people are afraid of doing consecrations, in particular afraid that if they make a mistake, that it will blow up like a grenade. This is going to the other extreme of taking consecration as a joke. It is not a joke, but neither is it deadly serious or dangerous.

Couple of influences. First, as mentioned, this is new to most people. Second, 1000 years of anti-magic propaganda by organized religion, jealous of its monopoly on the spiritual. Third, the quite reasonable concern about Goetic spirits and down right evil demons.

My experience with celestial spirits has been overwhelming positive. Treat them respectfully and appropriately and a wide range of ritual, inspiring to you, is possible and effective!
Posted by Christopher Warnock, Esq at 11:26 AM 4 comments: 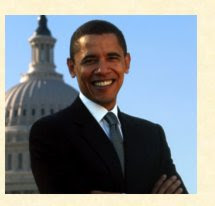 So, I wouldn't want to say that this sort of prediction is impossible or wrong, but personally, I don't do 'em!
Posted by Christopher Warnock, Esq at 11:32 AM 3 comments: