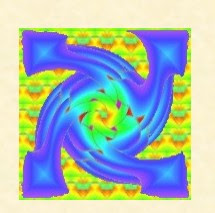 I had a recent post on my discussion group which began, ""Treat all symbolism that you do not understand as gibberish." The post then went on to opine that since moderns have cars they were obviously in all ways superior to the past when they only had horses.

I really could not have expressed the modern world view any better, and thus I really appreciated! The absolute faith in Progress and dismissal of the past is exactly in line with modern beliefs. In particular the idea that an increase in technological sophistication means that moderns are in all ways superior to past is also very characteristic.

It is also certainly characteristic of modern esotericism to insist that the conscious understanding of the mage is the key to magic. This is not simply a modern view, however, as the ancient philosopher Porphyry expresses it and is answered by the traditional theurgist Iamblichos in his "On the Mysteries."

Porphyry accuses theurgists of using meaningless names in their ritual. Iamblichos says that these names are not meaningless to the Gods because they are unknown to us.

"It is necessary to remove all conceptions and logical deductions from divine names...rather it is the symbolic character of divine resemblance, intellectual and divine that must be accepted in the case of divine names...even if it is unknowable to us, this very thing is its most venerable aspect" On the Mysteries, cited in
Gregory Shaw, "Theurgy and the Soul: the Neoplatonism of Iamblichos" at 179,

Shaw goes on to say, "If divine names, like other names, were conceptually knowable they would possess the same properties as human thoughts; Porphyry's interest in their "meaning" therefore, was characteristically anthropocentric and misguided...for Iamblichos, however, their ineffability was their "most venerable" aspect because it awakened the ineffable presence of the divine in the soul. Thinking, by itself, could not achieve this."

Ultimately the traditional view was that we are the product of the forces and being external to the ego self, that while we are microcosms (little universes) that replicate the Macrocosm (the universe) there are "higher powers".

When we examine the modern world view carefully what we discover is non-religion religions like science or communism that are just as faith based as conventional religion, but deny that they are. Ultimately the real religion of the modern is the worship and deification of the ego self. Thus it makes complete sense that without the true god of the ego comprehending an image, sigil or symbol, that it would entirely lack utility and power.

For Iamblichos and the theurgists, to conform the ego to higher spiritual forces was key; for the modern, the ego is the highest spiritual force.
Posted by Christopher Warnock, Esq at 11:47 AM No comments:

Talismans: Charged or Ensouled or Both? 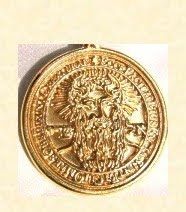 I had a recent post on my discussion group, Spiritus Mundi explaining the creation of talismans as, if I can characterize the post, charging them like a battery.

Certainly the creation of talismans can be conceptualized as "charging" them with impersonal forces. The analogy of the magnet was a common metaphor among Renaissance astrologers and magicians who termed their practice as natural magic, ie not using invocation and in fact not involving spirits and spiritual beings at all.

While this is certainly a valid conceptualization, there were two forces at work that also impelled the use of the terminology and ideology of natural magic, that is magic without spiritual beings. First, was the concern from, in Catholic countries, the Inquisition and in Protestant countries from church and other authorities concerned about witchcraft, heresy and the conjuration of evil spirits.

Secondly, by the 17th century, was the influence of the mechanistic philosophy, believed to be epitomized by scientists like Newton and Copernicus. In fact, Newton was a practicing alchemist and Copernicus cited Hermes Trismegistus in support of his heliocentric thesis. Nevertheless, the move towards atheistic materialism pushed talisman makers to conceive of the operation of talismans as the operation of impersonal forces rather than spiritual personalities.

In fact, traditional astrology has always been characterized by two strands of thought, the first "scientific" because it saw the casual links involved in astrology as consisting of impersonal forces, and the second the "magical" strand, which saw astrology and magic as involving spiritual beings and personalities. These strands co-existed as the "scientific" astrologers never denied the existence of the spiritual and the "magical" astrologers were happy to make use of the science of astronomy as the basis of their practice.

So, the natural magic/"scientific" school of astrology dovetails very nicely with modern New Age thinking, based as it is unconsciously, but ultimately, in the modern materialistic/atheistic world view.

However, as we can see from Picatrix, the "magical" school predominates in traditional astrological magic. Picatrix says that the creation of talismans involves the action of spirit on body, that is to say, the talismans involve the ensoulment of the material body of the talisman. Picatrix, Bk I, ch 13, (slightly different translation in Greer and Warnock at 13). The discussions of the creation of living, talismanic statues in Asclepius in the Corpus Hermeticum are a similar, early discussion of the primacy of spritual beings in talismanic magic.

Charging talismans like a battery is an easier way to explain the process to moderns, but in my personal practice I have found that approaching the astrological spirits as persons with distinct personalities is a very powerful approach.
Posted by Christopher Warnock, Esq at 10:17 AM 2 comments: