More on the Planetary 3rd Order 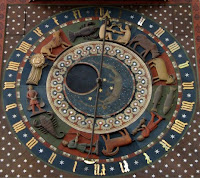 Folks, I am very pleased to add some additional diagrams, tables and explanation to the 3rd Planetary Order page.

I got some really interesting and useful information from several posters, including Claire Pruitt on Facebook. First it was pointed out that the 3rd Planetary Order corresponds to the triplicity rulerships.

I was then able to go back and using modular 7 arithmetic steps to deduce why the planetary minutes and seconds have these order. Note that while modern scientists like to use decimals so they use tenths, hundreths, etc of a second, the traditional method was base 60, so a hour has 60 minutes, a minute 60 seconds and a second, 60 thirds.

We can go back endlessly determining which of the 3 planetary hour sequences applies. Very cool!

Posted by Christopher Warnock, Esq at 3:16 PM No comments: 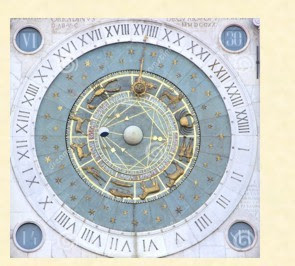 While it's easy to let my conscious ego self set goals, sometimes it's very interesting to just let myself be guided in my study and contemplation.

An early example of this was my meditation on the relationship between the Chaldean Order and the sequence of the days of the week. Each day of the week is ruled by a planet and by going through the 24 hour sequence of the planetary hours, arranged in the Chaldean Order (slowest to fastest planet) the first hour of every day is ruled by the planet that rules the day, giving us the order of the days of the week. Exploring this led to the discovery of beauty and order, in the planetary hours star of the week, which you can see on my Planetary Hours page

As you will see, I learned what modular arithmetic was and discovered that the Chaldean Order and the days of the week sequence are fundamental 7 fold orders, but that there is an additional fundamental 7 fold order, which I call the Third Planetary Order. What use this order may have for astrological prediction and magical power remains to be seen, but the incredible order and symmetry of the Cosmos is once again revealed.