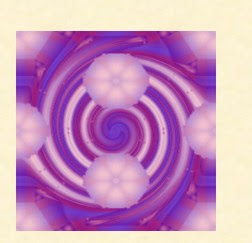 I had question about how to do a house sale election since currently all planets are peregrine or afflicted.

Ok, here is where we get to real electional versus fantasy electional.

What's fantasy electional? When you stand back and lob shots at someone else's election, easy since NO ELECTION IS PERFECT! What's real electional? Having a real situation or real client that needs an election.

A client, or this personal situation, can't wait 50 years until everything aligns perfectly. In fact you generally not only have a specified date range, but also only certain days (eg Monday - Friday) and certain times of day (9 am - 5pm) are available. So we are going to have to tolerate some problems in the chart.

In this case, I know what you mean about peregrine planets. It's like making bricks without straw to have planets without essential dignity.

A Tip: Think about the Moon! She's fast moving, she's going to be exalted in Taurus or dignified by sign in Cancer twice a month. Can that be worked with? yes, no, maybe, see what's up.

Ok, so you've got nothing but peregrine planets, well in a pinch you can work with them. After all, while fantasy elections are about obtaining perfection or at least whining when it's not present, real elections are about at a minimum, avoiding the really #@$%! times. This is definitely worthwhile even if you can't get a great time.

1st house - 7th house elections, ie wedding, and sales in this case the 7th is the house of the buyer, are tough because the only possible planetary combinations are Moon-Saturn, Sun-Saturn, Mercury-Jupiter and Venus-Mars.

I think if you can't get the planets stronger than peregrine, then at least try to get a nice applying positive aspect of the 1st and 7th ruler.

Posted by Christopher Warnock, Esq at 6:36 PM No comments: 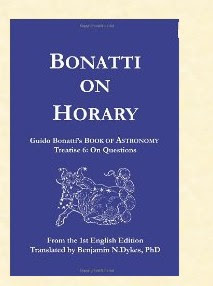 Here's another of my semi-regular traditional astrology book recommendations,
Guido Bonatti's "On Horary"

The 13th century Italian astrologer Guido Bonatti wrote one of the most important books of traditional astrology, the Liber Astronomiae literally the Book of Astronomy. This was the standard reference text for medieval and Renaissance (i.e. traditional) astrologers. The famous English 17th century astrologer William Lilly quotes almost directly from Bonatti in his famous Christian Astrology and Bonatti keeps popping up in almost all English traditional astrology texts.

Originally written in Latin, finally this magisterial text of traditional astrology is available in English. Ben Dykes, the translator, has both a strong academic background (Ph.d in Philosophy) and is a practicing natal astrologer and graduate of Robert Zoller's excellent medieval natal astrology course. Dykes has done an excellent job of translating and commenting on the Liber Astronomiae.

While the complete Liber Astronomiae contains an introduction to the basics of astrology, plus horary, electional, natal and mundane treatises, it often circulated in the Middle Ages and Renaissance in smaller subject sections. This is Bonatt's horary section. Definitely well worth getting for all students of horary astrology! Bonatti gives an excellent introduction to horary astrology which uses the time of a question, rather than the time of a birth chart. Bonatti then gives very detailed instructions for determining questions for each of the 12 houses.

All traditional horary astrologers need a copy of both Lilly's Christian Astrology and Bonatti's Liber Astronomiae. With the complete hardcover edition out of print, I am glad the paperback edition of Bonatti "On Horary" is so easily available! You can order Guido Bonatti's "On Horary" on Amazon. 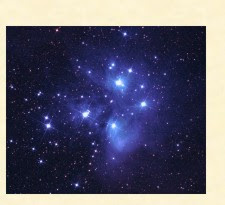 After the recent Cetus talisman election I had an interesting e-mail asking me if it wouldn't be better to use the "actual" rising of the star on the physical horizon for fixed star talisman elections. Let's call this physical rising.

Physical rising, therefore requires different software than is used for standard astrological charts. All standard astrological charts, traditional and modern are a 2 dimensional representation of the 3 dimensional sphere of the Heavens, primarily mapped along the Ecliptic, the apparent path of the Sun against the fixed stars. The Ecliptic is the path of the Sun and planets through the 12 signs of the Zodiac. Since stars are distributed throughout the whole sphere of the Heavens and not just on the Ecliptic/Zodiac you'd need special astronomical software that could tell you when, at your location, the star rose above the horizon.

The physical rising is related to a very old astronomical/astrological phenomenon, the heliacal rising. Ok, what's heliacal rising? Check out Wikipedia and Skyscript

Basically this is a solar cycle and thus seasonal. The Sun orbits through the Ecliptic and conjoins the star, then once the Sun moves far enough away from the star, you can finally see it rising in the morning. So basically heliacal rising is a particular type of physical rising.

Heliacal rising was certain used as an astronomical omen and for calendrical purposes, for example the ancient Egyptians used the heliacal rising of Sirius to time the Nile's annual flooding. However, this is not how traditional astrologers used fixed stars. Instead they mapped the fixed stars to the Ecliptic. If the star is close to the Ecliptic, then its position doesn't change much relative to its position in the sphere of the Heavens. The farther away it is from the Ecliptic, however, the more its relative position changes when mapped to the Ecliptic. However, as the relative position of the star changed due to precession of the Equinoxes, approximately 1 degree every 72 years, traditional astrologers would adjust the Zodiacal longitude of the star's position.

Ok, so now we can get a better idea of what we are talking about. Certainly looking at the heliacal rising of a star is something that has a long history, but it is not the standard way that fixed stars were used in traditional astrology. The physical rising, without heliacal rising, wasn't used by traditional astrologer either. Instead traditional astrologers mapped the fixed star to a point in the Zodiac/Ecliptic and then used that location in the Zodiac as the location of the star. For example for fixed star talismans, Agrippa says, "When any star ascends fortunately, with the fortunate aspect or conjunction of the Moon, We must take a stone, and herb that is under that star, and make a ring of that metal that is suitable to this star and fasten the stone, putting the herb, or root under it; Not omitting the inscriptions of images, names and characters, also the proper suffumigations..." Three Books of Occult Philosophy, Bk. I, Chapter 47.

Now, you could certainly make talismans at the heliacal or physical rising of a star, but this would not be traditional astrology. The natural response for the modern is "wouldn't it BETTER to use the ACTUAL PHYSICAL rising of the star?" I've all capped two different segments of the response so I can deal with them separately. First, the modern automatically assumes that what is material and observable is the most significant. This is basically the same atheistic/materialist view that pushes for the constellational Zodiac. The unconscious assumption is that astrology works through some sort of material or energetic cause, ie magnetism, gravity, super strings, etc., because that's all the possible causes that there are. We therefore look to the material world, "actual reality" as our highest test for truth and the nature of things. The problem here is that there is no material or energetic cause for astrology, and therefore if that's the only possible cause, then astrology is impossible. Certainly most scientists would agree with that. So it doesn't make much sense to be an astrologer who operates on the automatic assumption that physical/energetic causality is paramount.

When the traditional astrology maps fixed stars to the Zodiac, they use the fixed stars as sensitive points along the Zodiac. They discover an additional and useful patterning. The scientist might say that this patterning is arbitrary, just as astronomers may claim that constellations are arbitrary since their patterning is only apparent from Earth. But again, this is a modern view, seeing patterning as either caused by physical laws/causality or simply an arbitrary imposition by humans.

Traditional astrology is based on a Neo-Platonic/Hermetic worldview that included the spiritual, that saw the spiritual as underlying the material and as the ultimate cause. Patterning was not arbitrary but an example of the spiritual connection of all things. See Spiritual Hermeticism.

Ok, second point, can we describe one method as "better" than another? The modern view again is that there is an objective reality out there, separate from the observer, that can be accurately determined and is true for all. This dovetails nicely with the egoic desire to be right and to assert the superiority of MY view. Clearly what I see, feel and believe is correct or I would not be seeing, feeling or believing it. Furthermore, what I personally see, feel and believe is right for me, is therefore right for everyone. Put that way, it does seem rather pompous, but it's how our ego unconsciously pushes us 24/7. The obverse is the wishy-washy, co-dependent, total relativist. "Whatever you think is true is true for you"

Is it possible to chart a third course? My sense is that there are many possible worldviews, thus many possible realities. Some work well, some not so well. This is from The Magician's Companion by Bill Whitcomb, page 12,

I Law of Worldviews:

"The world we perceive is actually a mixture of the nominal world (the Tao, the objective reality that is unknowable but which underlies all that we think we know) and ourselves (the subjective). Changing your worldview does not change the eternal, real world, but it does change the world you perceive. That is, changing your worldview makes real changes in the world which is real to us. (see VII: Law of Reflections) Because there are an infinite number of ways to perceive the world, there are also an infinite number of worlds we may assemble without awareness. The true underlying reality is unknowable to us as long as we retain our worldview of separateness and self. You can become one with the universe but you cannot step back and observe it, because you are in it. You cannot observe a phenomenon without altering it by your mode of perception. There is no such thing as an independent observer. You participate in creating the world by perceiving it."

If your worldview is massively out of touch with the Tao, this is quite problematic, you are going to be confused, often surprised and unsuccessful, much of the time. But there are many "paths with heart" as Carlos Castaneda puts it. The key is finding one that fits you.

So I'm not going to say that the traditional astrological method of using fixed stars is the only way to fly, it certainly worked for our illustrious predecessors and it works well for me.

Posted by Christopher Warnock, Esq at 10:52 AM No comments: