Don't Do This At Home: Innovation within Traditional Astrology 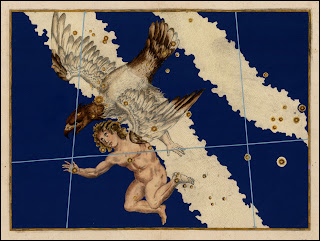 I recently had a combined planetary/fixed star electional posting on Spiritus Mundi my discussion group. I've been getting a lot of great elections, though some have problems.

This one was interesting as the poster was looking to combine a Jupiter planetary election with a Spica fixed star election. In the election Jupiter and Spica were a ways apart, within 8 degrees, but not closely conjunct.

I told the poster that the election didn't quite feel right to me. I realize, I said, that this is all a bit idiosyncratic and I apologize, but for these combined planetary/fixed star elections I use the usual planet to fixed star orb which is 1 degree.

So, this is definitely getting into the weird, weird world of how Warnock does it, without necessarily being the "best" or the "right" way to do it. If there was another master traditional astrological magician who had done hundreds of talismans and said, "hey, no problem, use an 8 degree orb for any time you work with planets and fixed stars" that would not violate the tradition, but would be their own idiosyncratic approach.

I'd caution students against immediately innovating, however. Do a hundred talismans following the rules, immerse yourself in this sublime art and then when the principles are mastered, then you can do some individual riffing that still stays in the tradition.

Posted by Christopher Warnock, Esq at 3:03 PM No comments: