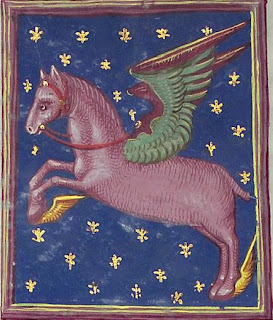 I recently had a question about my evolving use of almutens versus house rulers in elections. An almuten is the planet that has the most dignity over a particular point in the chart or selection of points.

You look at the house, exaltation, triplicity, term and face rulers add up their points and subtract if it is the planet's detriment or fall.

So for example, if the point we are looking at is 1 Aries by day, Mars gets +5 points as sign ruler, Sun +4 as exaltation ruler, the Sun gets +3 points as day triplicity ruler of fire signs, Jupiter rules the term and gets +2, while Mars rules the 1st face of Aries where 1 Aries is, and gets +1. We add the points so Mars is 6, Sun is 7, Jupiter 2 points. Since the Sun is 7 he is the almuten. It is possible to have co-almutens, if the planets tie their score.

One of the possible uses of almutens is as substitute house rulers. So, using our example, if Aries rises, the standard house ruler of the 1st house is Mars, since Mars rules Aries and Aries is on the cusp of the first house, but if 1 Aries rises, then the Sun is the almuten of the rising degree and thus almuten of the 1st house. Probably my biggest use of almutens was in marriage elections. These are hard to do because you need the 1st ruler and 7th ruler dignified or at least unafflicted, and the only possible pairs of 1st/7th rulers are Moon & Saturn, Sun & Saturn, Mercury & Jupiter, Mars & Venus. So I started doing marriage elections where, for example, Cancer rose, so the Moon was the house ruler and afflicted, but Venus was almuten of the rising degree and dignified.

I'm not sure it is a case of almutens not working, but I started realizing from a practical standpoint in doing readings that you need to focus and not have too many significators. For example in a relationship reading you look at the rulers of the 1st and 7th and planets in the 1st and 7th, but Lilly also says look at the Sun for Men and Venus for women. You end up having way too many planets to look at. Adding almutens into the mix just meant too many planets. Also I started feeling like I was "cheating" a bit when the house ruler was afflicted to use the almuten.

Here's what I think. Ultimately what we are doing is trying to look through the chart to see underlying spiritual patterns and cycles. While I don't think it is anything goes and you can do anything at any time and justify it astrologically, I do now feel that if you are working within the tradition you can have your own idiosyncratic approach so long as that approach is consistent. To do this requires a long immersion in the study of the tradition and then significant practical application. But after this you start to get guided in your approach. So I started feeling like I should stick with house rulers. Now it would not be irrational to end up just using almutens, they are really big in 9th-10th century Arabic astrology that is the root of European traditional astrology. But I started feeling, as I said, that generally using house rulers and then when the house ruler was afflicted, switching to almutens, was not a good way to accurately reflect the underlying spiritual cycles. My sense is that you could go with house almutens, but if you did you would need to feel like "yes, this is the way to go" and be consistent, not just switch to regular house rulers to avoid an afflicted house almuten.

Posted by Christopher Warnock, Esq at 9:33 AM No comments: