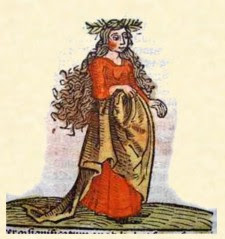 Astrology, alchemy and magic are called the Hermetic Arts because they are under the patronage of Hermes Trismegistus, the Thrice Great Hermes.

Hermes Trismegistus is a liminal figure, literally threshold, but also relating to doors, boundaries and gates. To be truly Hermetic is to embrace paradox, to be both fish and fowl simultaneously and to love having your cake and eating it too.

This makes astrological magic particularly Hermetic, since astrologers and magicians mix like oil and water. Astrologers, as a general rule, are loath to do magic, they prefer to sit back and passively observe the Heavens. While modern astrologers don't tend to like the idea of Fate, as astrologers they are, in fact, the votaries of Fate, watching it unfold in the celestial cycles. Magicians, on the other hand, tend towards the exercise of will, seeing themselves as acting and acting independently. Whether or not this is actually Free Will depends on the person and how you define it, but the stereotypes of the active magician and passive astrologer have some merit.

Getting astrologers to act and do magic is very difficult, for various reasons it seems to go against their grain. Magicians, on the other hand, don't seem to like the idea that they are not in control, that they have to wait to express their will. Also from a practical standpoint, learning traditional astrology is difficult.

A basic resistance to any timing and the practical difficulties of learning traditional astrology means typically when the normal magician does planetary magic, they use very little astrological timing, generally not much more than planetary days and hours. This itself is very traditional, the Greater Key of Solomon, a very popular Solomonic grimoire, is pretty much limited to planetary day and hour, with the occasional Moon phase or planet in sign.

Personally, I get nervous about astrological magic that's not astrologically timed. For example, early on I made a Jupiter talisman, Jupiter day and hour, but Jupiter in detriment and retrograde. I started immediately losing large amounts of money until I deconsecrated it.

As Picatrix says and this is applicable to any serious affliction of any planet, "If [Saturn] is retrograde and you ask him for something, what you seek will come about with delays and miseries and great labor." Bk II ch 7.

I don't want to be dogmatic about this and imply some sort of minefield effect where you blow up if you make a single mistake. So, I don't make talismans with a planet afflicted and this includes being retrograde, because this freezes the conditions permanently. On the other hand, I do planetary invocations daily, regardless of the planet's condition. That seems odd, but then I have been doing these continuously every day for over 10 years. I think the continuous repetition makes up for the occasional negative conditions. Similarly, once a planetary talisman is made, it seems to be ok to re-consecrate on planetary hour even if other conditions are problematic, since the talisman is already made.

The key point here is that astrological conditions do matter for astrological talismans. There's some flexibility here, but it really is a mistake to ignore astrology when working with the planets, stars, etc. Align yourself with the celestial cycles and the power of your magic will increase tremendously, to ignore them, or worse to fight them is to fight the tide, "Which, taken at the flood, leads on to fortune. But omitted, and the voyage of their life is bound in shallows and miseries" -- William Shakespeare, Julius Caesar Act IV Scene 3.

Posted by Christopher Warnock, Esq at 10:17 AM 5 comments: