How Do You Find Electional Charts? 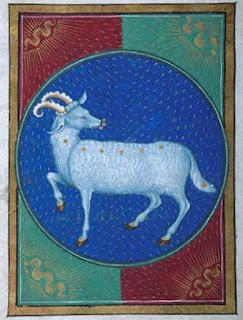 I had a post complimenting me on a video I did awhile ago on how to use Solar Fire and my traditional page to do a Sun talisman election. Here is the link to the video. I watched it again and I thought, "this is pretty good!"

I wish I could do more, but this ten minute video, however, took probably 4-5 hours to make. It's an excellent resource, though, for advanced traditional students, particularly those interested in electional astrology.

Electional is the most difficult of all the types of astrology, both in terms of technique and in dealing with clients. In horary practice our traditional sources really lay out in detail how to judge a chart and give many examples for us to work from. Electional is different. We have lots and lots and lots of rules for the final chart, all of which cannot be followed, which Ramesey and other traditional electional sources acknowledge. "If you can't do X, Y and Z, at least do A" is typical. We have almost no examples of electional charts, Gadbury's Nauticum Astrologicum is about the only traditional sources with actual charts, I can think of.

So I had to basically invent a methodology to find elections, which you can see in the video. The first step, which seems basic, is to determine what factors you are electing for and decide whether they are vital for the election or just a bonus. This seems basic, but when I look at how many amateur astrologers operate they don't seem to have any set factors they are looking for. Instead they seem to just look at random charts and riff on the charts.

We determine the factors to be elected from our traditional sources and from practice. Agrippa, Picatrix and other sources give basic recipes. For example, the Agrippa Sun talisman in the video needed to be Sun exalted, Sun rising and Sun hour. We added that the Sun & Moon not be afflicted, which seems rather common sense, but is not mentioned in the source. You could also make this talisman with the Sun culminating, again based on traditional source and practice which tell us that culminating is almost as strong a position as rising.

The next step in my methodology, which you can see in the video, but I didn't explicitly point out, is that you arrange the required electional factors in order of slowest changing to fastest changing.

So in this case, 1. Sun in Aries is the slowest changing and happens only only 30 days or so a year. 2. Sun rising happens once a day 3. Sun hour happens about 3 times a day. 4. Sun & Moon unafflicted, which is going to be variable. So we start looking at the approximately 30 day range when the Sun is in Aries starting around March 21.

Then as noted, the Sun rises on Sunday at Sun hour, so we start looking at Sundays, since having the planetary day is a plus, though not required for this election. As a rule planetary hour is more important than planetary day. You can see the rest of the process on the video.

This is a process that requires the raw computing power of astrological software, it just wouldn't be possible if you had to hand calculate charts, so this is not how traditional electional astrologers worked. In fact, how they did it is a bit mysterious, since as noted, they don't give details of their finding techniques in traditional sources.

Some insight into their methods can be gleaned, however, from Robert Zoller's traditional natal astrology course. Zoller was a pre-astrological software traditional astrologer and throughout his course he gives short cuts and rules of thumb for understanding planetary cycles. This is likely how traditional astrologers operated. Modern astrologers are very chart focused and with software we can look at hundreds of different charts to find elections. These charts are like snapshots, however, and we don't have the deeper understanding of planetary cycles that our predecessors had. As is typical of technology, while our elections are likely more precise and thus more powerful than what our traditional predecessors could do, we've lost the deeper understanding of celestial cycles and the deeper connection that they had.

Posted by Christopher Warnock, Esq at 10:49 AM 2 comments: