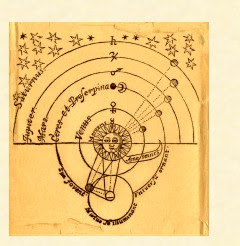 
"I have recently completed and passed Mr Warnock's Renaissance Natal Astrology Course. I thought that [others] would be interested in how I found it, so here is a short write up…

In summary, the course was excellent: very clear and comprehensive. I am now doing natal chart readings and getting very positive feedback, such as "I am amazed at the depth that it goes into and how accurate it is", "spot on in many ways" and "that was spookily accurate - how did you know that?".

I started the course in May and so it has taken 6 months to complete. Having said that, I did work on the course quite intensively and had already taken the Astrological Magic course, and so the course could take some people a good while longer. My advice would be to take as long over each lesson as is required to feel that you have really grasped the fundamentals. Mr Warnock was always on hand to answer questions and help me with any sticking points. A lot of supplementary materials are provided in addition to each lesson, and I found it very useful to take the time to read and absorb all of that as well.

On that subject, I'd like to mention that the course completely fulfilled something that Mr Warnock promised: doing this course means that all the many pre-1700 English books that are out there in facsimile, and the many being translated into English by the month are now understandable and accessible to me - I can make sense of them. This I find amazing, given how impenetrable these works were to me before.

The course registration page says that "The material presented in the Renaissance Natal Astrology Course is difficult and requires commitment to master". I would not disagree with this, but want to say that this should not put any serious students off. However - if you want to be 'spoon fed', this is not the course for you.

A word of encouragement/advice for anyone who has started the course: many of the concepts on the course were unfamiliar and there were times when I felt 'stuck' and wondered if I'd ever get my head around it. What I found was that if I allowed myself a few days to let these concepts sink in, and if I read the course materials over and over again very carefully, I always got through these stumbling blocks. The course does not 'spoon feed' you and you will need to work a lot of stuff out for yourself - but there is method in that - that is the way that you come to really understand the materials.

The course also comes with many example readings which are very informative.

I think that the course is excellent value for money given the depth of information that it conveys and the skills it transfers. It is very enjoyable and interesting and as always it is a pleasure and a privilege to have Mr Warnock as a teacher."

I want to thank Brian for the review and congratulate him upon being the very
first graduate of my Natal Astrology Course!

Brian was my "beta tester" and made many useful suggestions that have improved
the course. Brian's feedback here is especially pleasing to me because the areas he touches on are exactly what I had hoped to achieve with the course.

His point about the course not "spoon feeding" students is spot on! While I don't throw students in at the deep end, it is very important to be able to work things out for yourself. As Brian mentioned, one of my key goals was to teach students enough so that they don't need to rely on my teaching or my course, but can delve into the huge resources available on traditional astrology, either in the 17th century English texts or in translation.

I was also very pleased with his comments about not getting frustrated, but reading about concepts and techniques and then letting the knowledge sink in for awhile. One problem I've had with students is trying to water ski through this material at 60 mph. I deliberately make students slow down a bit, by having a homework correction day every 3 weeks or so. Since I want to make sure students have mastered the earlier lesson before going on to the next, this ensures that material can really sink in before you get in deeper.

Ultimately, my goal is to assist students in developing their own individualistic approach while still staying within traditional astrology.

Thanks, Brian, for the great feedback, and again congratulations!

Trying to Get Astrology To Do the Heavy Lifting 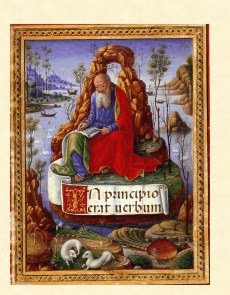 I understand the attraction, but it is hard for some clients to accept that you can't ask, "What should I do with the rest of my life?" and get the answer, "In 3 months, two day and five hours, call this number, talk to Joe and all your wishes will be granted." After all it would be nice to have a magic answer machine!

The reality is that with a horary, if you ask a broad, general question you get a broad general answer. Asking, "Where should I move?" will get something like, "Not far away to the East" as the answer. It really isn't that surprising that you need to ask a specific question to get a specific answer. With horary the best way to do this is to ask a yes or no question without multiple possible answers.

Let's give some examples. As noted, "What" questions are often going to be to broad. Also a "what" question tends to be expecting that the horary will solve their problem. "What should I do to be elected president?" is an extreme example of this approach.

Similarly the "When?" question. Again, "When will I be elected president?" assumes a positive outcome to the question. This is a particular problem with job question. "When will I find a job?" Often clients who are unemployed are unconsciously looking for reassurance that they will find a job. Unfortunately, as in all questions both a negative and a positive answer are possible. I ask these clients if a "no" answer will be helpful to them, if not, don't ask!

What I call trying to get astrology to do the heavy lifting most often manifests itself when the client wants to use astrology too early in the decision making process. Since the best horary is a yes or no, single outcome question, if you can't decide between moving to Cleveland, Buffalo, LA, NYC, San Francisco or Reno it is still too early to be asking horaries. Some clients realize that you can't ask about multiple outcomes in one question and try to ask separate questions, "Should I move to Cleveland?" then "Should I move to LA?" then "Should I move to Reno?" I don't refuse to do these sets of questions, but I am starting to recommend against doing this. These questions, usually asked within a relatively short time of each other, don't seem to be as "juicy", or have the emotional punch of a good horary.

It is better, in my experience, to go through your decision making process, narrow down your options to one, and then use horary to confirm that option. I have a sense that when you are still dealing with multiple possibilities that you haven't manifested their reality at the same power as when you finally make your decision.

Now this is a different approach from the modern idea that prediction somehow robs clients of their precious Free Will and that we can do anything we want with sufficient positive thinking. The Renaissance view is that Fate and Free Will both exist simultaneously while the wondrousness of Free Will and the evil of Fate is part of the modern worldview.

I don't see much Free Will operating even in my own life. I have no ethical problem predicting the future for clients, I am just part of the seamless web of Fate and Free Will. My main concern is to accurately predict. When I understand what seems to work for accuracy and communicate that to my clients, I'm doing my job better as a traditional astrologer.
Posted by Christopher Warnock, Esq at 11:09 AM 1 comment: 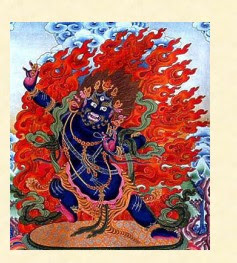 But clearly there is a difference between being strongly evil or simply weak, how can we see this in the chart?

If you want a powerful talisman you want to make a powerful placement of the planet, benefic or malefic. "Now we shall have the Planets powerfull...when they are in Angles, especially of the rising, or Tenth" Agrippa, Three Books of Occult Philosophy, Bk II, ch 30.

Now for a benefic purpose the election is straightforward. Put the planet in its sign or exaltation or otherwise dignified, rising or culminating, in its day or hour and unafflicted.

But what about for a malefic purpose? Now things get interesting. For example, a benefic planet can be accidentally malefic in a particular chart, Ramesey says, do not

"...think the making a fortune: viz. Jupiter or Venus (which are but generally so) significators, will be beneficial: for it will often prove contrary : for all men are not ruled by Jupiter and Venus; neither (as I say) are they always fortunes: for accidentally they may be infortunes: and when they are Lords of the eighth, twelfth and sixth, they are occasions of sickness, poverty, imprisonment, mischief and death as effectually as Saturn or Mars;"

So, for example, if Jupiter in Pisces rules the 8th this can be powerful for death, though likely of a more benign type being Jupiter.

Similarly, if a malefic like Saturn or Mars is strongly dignified, they lose much of their malefic quality, all other factors like house rulership not being considered. Bonatti, Book of Astronomy, TR 5, 34th Consideration, Dykes trans at 289.

On the other hand, being in detriment or fall can powerfully cause evil. A planet in fall "signifies sorrow and prison and distress" Abu Ali Khayyat, "Judgments of Nativities" 9 in Dykes, Introductions to Traditional Astrology at 50.

Yet being combust, a serious affliction as well, indicates weakness. Bonatti, Book of Astronomy, TR 5, 52nd Consideration, Dykes trans at 294. This is because the strength of the combust planet is wiped out by the Sun.

Malefic aspects of malefics are particularly dangerous. The applying square or opposition of a malefic "will destroy [the matter in question]..." Bonatti, Book of Astronomy, TR 5, 34th Consideration, Dykes trans at 289.

So this helps us understand the electional instructions for the pest control talisman explained by Agrippa, which is a malefic talisman at least for the pests! Rats Begone!

In this talisman we use a variety of means of exerting malefic power.

While I don't personally work with malefic talismans or elections, understanding how they work, in particular the difference between merely being weak and actually being powerful for evil is very useful in understand the nuances of traditional astrology.
Posted by Christopher Warnock, Esq at 11:16 AM 2 comments: