Picatrix on the Decans or Faces 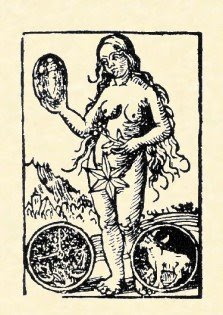 One of the more intriguing parts of the ancient astrological magic grimoire Picatrix are the sections on the talismans of the faces/decans. These are ancient 10 degree subdivision of the signs, with 3 decan/faces in each sign and 36 total. We have a variety of different traditional sources that list talisman image descriptions for each face. Agrippa, for example, lists his face images at Three Books of Occult Philosophy, Bk II, ch. 37. Very odd and interesting they are, too!

I decided to take a closer look at what the Picatrix had to say about the faces in Book II, chapter 11. After listing the images of the faces (clearly Agrippa's list derives from these) Picatrix says,

"And know that what has been said before [concerning] the faces of the signs is a great secret of great benefit that cannot be understood by many students of astronomy unless they are intelligent, acute and subtle at extracting the root of [what is] profound.

This seems rather odd. The usual ranking of essential dignities in traditional astrology is sign (+5), then exaltation (+4), triplicity (+3), term (+2) and then face (+1). One of my favorite essential dignity cites is from Lilly on the face which he says, "..is almost like a man ready to be turned out of doors, having much adoe to maintaine himself in credit and reputation: and in Genealogies it represents a Family at the last gasp, even as good as quite decayed, barely able to support it self." Christian Astrology, 103.

However, when we look at Al-Biruni, the 10th century Islamic astrologer he notes the usual arrangement, but says,

"And this is because it is natural for one to advance over another, as water extinguishes the heat of fire, and fire carries off the coldness of water, and water moistens the dryness of earth, and earth dries up the moistness of air.

And if there is one quality that is very abundant in its own remote place, its perfection is diminished and consumed in the same way that that health, after it is most strong, produces illness, and at the time when fruits are ripe and ready to be harvested they fall off of the tree, and the little snake destroys and kills the great snakes, and small and tiny worms when they join together kill a serpent, and the powerful is weakened by the weak according to his nature. You should carefully consider what we have said."

Now this passage is even more intriguing. One chain of thought that it sets off in me is that of the rhythm of the cycles that are constantly occurring in the Heavens. We can see these patterns in the stars fairly clearly if we cast off the modern world view that looks upon astrology as illogical and irrelevant. It is harder to see the reflection of the Heavens in earthly events because Matter resists the imposition of the Divine and Celestial forms and because, if the cycles are unfolding in our own lives, they often go in patterns that our ego dislikes. It seems unfair, it shouldn't be this way, how can this be happening to me? But as Seneca puts it, Ducunt volentem Fata, nolentem trahunt. "Fate guides the willing and drags the unwilling."

So our task is first to see the cycles occuring, then to go with them.

The passages about the weak weakening the strong are even more intriguing. It sounds very Taoist to me.

"Nothing in the world is softer and weaker than water; But for attacking the hard and strong, there is nothing like it! For nothing can take its place. That the weak overcomes the strong, and the soft overcomes the hard, This is something known by all, but practiced by few"

This next Picatrix series seems to me to give us a way to work with
the cycles, while still accepting them. We do not oppose the strong as it strengthens, but wait until the strong exhausts itself. We exhaust the strong with the weak.

More on Picatrix
Posted by Christopher Warnock, Esq at 1:30 PM