Talismans for Planets Afflicted in the Natal Chart 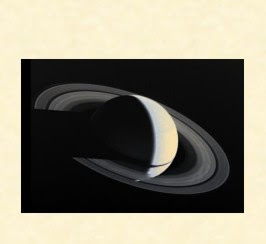 I wanted to talk about the issue of using planetary talismans when the chosen planet is seriously afflicted in your natal chart. Seriously afflicted means basically being in fall or detriment, or combust or retrograde without significant dignity.

Picatrix says that if planet is strong in your natal chart that you will have a stronger effect if you invoke it or make its talisman.
Picatrix Bk I ch 5, page 42 Greer & Warnock translation

Similarly Picatrix indicates that if a planet is strong in the chart of the creation of a talisman,

The most important point (of which you should take diligent care) is that you should see that the planet is in good condition and quality, and remote from infortunes, because when he is like this, he is like a man of good will and a lively heart and a great and ample mind, and if another person seeks something from him, he cannot find it in himself to deny the petitioner. When the same planet is retrograde in his course or cadent from the angles, he is like a man full of anger and ill will, who is most ready to deny a petition.

But note (as aforesayd) that if a malevolent Planet be significator in any thing in the Radix [literally root, ie natal chart], you must fortify it, and not think the making a fortune: viz. Jupiter or Venus (which are but generally so) significators, will be beneficial: for it will often prove contrary : for all men are not ruled by Jupiter and Venus; neither (as I say) are they always fortunes: for accidentally they may be infortunes: and when they are Lords of the eighth, twelfth and sixth, they are occasions of sickness, poverty, imprisonment, mischief and death as effectually as Saturn or Mars;

For every Planet must doe the office whereunto it is ordained: and so by the same rule may Saturn and Mars be fortunes, and so they are to those they chiefly rule, and to such things as are properly under their dominion either naturally or accidentally;

On the other hand, I have seen people with afflicted planets in their natal charts get good results from the talismans of these planets. So what I would say is that if a planet is afflicted in your natal chart, that this is a red flag. You need to do some additional divination and perhaps experiment with a paper talisman before trying anything more powerful. This is even more important with Saturn & Mars talismans since the energy of the malefics can be hard to take even when dignified.

However, just because you decide not to work with the talismans of the planets doesn't mean you can't work with their energy. You can do meditation and invocation at astrologically appropriate times and you can do planetary charity. Planetary charity involves making an oath to a planet to give their charity and then giving a person or charity ruled by the planet a donation on the planetary hour and day of the planet. For Saturn, give a homeless person a donation on Saturday at Saturn hour. Whatever you do however, make the oath your first priority. Don't vow and then blow off the charity!