No One Practices "Astrology"! 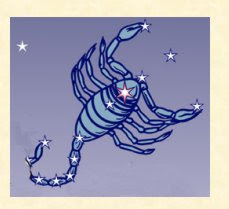 It's one of those very useful tests. If someone says they are an astrologer and you ask, "What kind?" and they say "you know, astrology" then they are a modern astrologer. Those practicing Hellenistic or traditional Western astrology or Vedic astrology know enough to know that there is no astrology in general, just a variety of schools and systems.

Western or European astrology originated in Babylonia and Chaldea around 2,000 B.C. The planets were equated to gods and celestial events observed for omens. Most cultures observe heavenly omens, but Babylonian religion was particularly astral based and by 1,500 B.C. had collected systematic observations of Venus and other planets. The key invention was Zodiac around 600-400 B.C. which allowed for precise description of location of planets and complex system of delineation. This horoscopic astrology diffused to Greece and throughout the Hellenistic world and became part of the science and philosophy of the Roman Empire. The astrology of classical Greece and Roman from 400 BC to around 500 AD is Hellenistic astrology.

With the fall of the Roman Empire and the onset of the Dark Ages in the 6th and 7th centuries, astrology was preserved in Byzantium and the advanced Islamic civilization of the Middle East. This astrology, enriched by the addition of observations and techniques, some from the Vedic astrology of India, passed to medieval Europe in the 12th and 13th centuries. There it flourished until the Enlightenment and went of out fashion due to the new materialism and mechanistic philosophies introduced in the late 17th and early 18th centuries. The phase of this astrology in Europe from 1200 to 1700 is referred to as traditional astrology while the first period, 1200 to 1500, is known as medieval astrology and the terminal period, 1500 to 1700, is known as Renaissance astrology. Arabic astrology, practiced from around 800 to 1000 AD is the source of Western traditional astrology.

For the modern other systems of astrology exist as a great boneheap of history, a huge jumpled dump of assorted techniques and methods that can be sorted through and bits and bobbles pulled out and individualistically crammed together in the mashup that is modern astrological technique. This compulsion to combine disparate methods and techniques from different schools & systems is the essence of modern astrology.

Hellenistic and traditional Western astrology, like the Vedic astrology of India are systems unto themselves. The pieces don't work separately, there is no "astrology" in general, there are a variety of schools and systems that are internally consistent. If one doesn't know what school they belong to, if one practices "astrology" then one is a modern astrologer! And certainly one is free to call themselves whatever they wish, Hellenistic, traditional, etc., though if one mixes and matches systems, this is a bit like me calling myself Catholic, because I do an Ave Maria daily, but never go to Mass, never take communion and never was confirmed.
Posted by Christopher Warnock, Esq at 10:39 AM