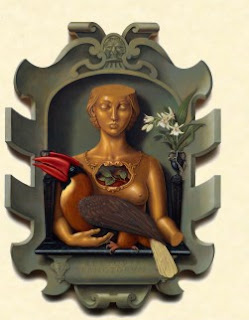 So I created talisman at the end of May (the election you gave out on Spiritus.) Did I get a noticible increase in health, fame, divinatory dreams, etc? Nope! But I did end up with a new cat! (I like Agrippa's attribution of cats being lunar animals.) Somthing I was not at all seeking. A young, playful, friendly creature who wandered in to a public place (a shop on a busy thoroughfare.) So I didn't get what I was expecting/hoping for, but it certainly "worked," in my opinion.

Perfect! This is typical of astrological magic, which after all does not rely on our personal power, but that of the stars and planets.

You got a very appropriate lunar result!