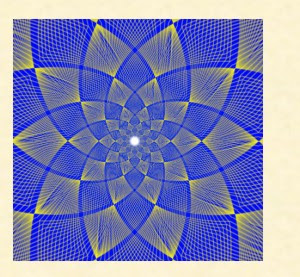 Earlier this month I decided to that I should start doing something new, constellation talismans! I decided to do a Cetus Talisman.

A few days later I was sent a link to a news article about the discovery of a habitable planet in the Tau Ceti system, ie part of the Cetus constellation!

Cool! But what do we make of this? Is this somehow meaningful or is it, "just a coincidence"?

We live, breathe and swim in the modern worldview. It conditions all of our conscious thoughts and unconscious reactions. To think "just a coincidence" seems natural because of this. But wait, how logical is it for traditional astrologers to have this automatic response? Traditional astrology is predicated on spiritual, not material or energetic, connection. If astrology accurately predicts it can only be on this basis and if it predicts correctly, then the modern atheistic/materialist worldview has some rather major holes in it.

It's easy though, as moderns to be compartmentalized, to be a 21st century schizoid man (or woman). We show different faces to different people, thinking differently in different situations, keep the various parts of our lives, even our thoughts separate. We splinter ourselves. When I was back in Washington, DC, for example, I knew a fairly well known ceremonial/Goetic magician who used to say that he was a just a regular guy/computer tech by day and magician by night. This is not unusual for modern astrologers, magicians, etc.

I consciously try to be the same person in all settings. People often think it is odd that I am simultaneously a practicing attorney and astrologer. These two careers seem quite similar to me, in both I use my expert knowledge and life experience to advise clients. I don't conceal that I am an astrologer or attorney, it's all right out there on my website. I want to be the same person as much of the time as possible, to be whole and complete, in all facets of my life.

So I think we do ourselves a disservice in compartmentalizing, a common as it is. As astrologers and magicians, if we grasp that astrology and magic work, the implications are astounding and revolutionary. For example, due to the spiritual connection of all things and the fact that everyone that happens in or around a particular moment is spiritually connected, then they are no coincidences. Why did I chose to do a Cetus talisman now? Apparently Cetus' time had come!

My wife and I call these loops. We pay close attention to these themes when they appear. We don't know why loops occur, but we do know that they are the tip of the iceberg of underlying patterning.

Posted by Christopher Warnock, Esq at 10:45 AM