The Incredible Pull of Nothing 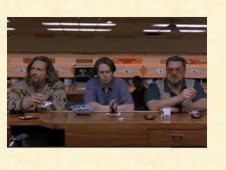 Recently I came across this very interesting definition of what was referred to as extreme scientific empirical materialism:

“we're all nothing but matter and energy and eventually the universe is going to die as if we never existed, so what's the point in trying to hope and fantasize in a world full of suffering and destruction where morality is dictated by force. Your consciousness is merely an electrochemical reaction inside a dying chemical reactor called the brain which, out of animalistic instincts to protect itself from pain, creates the illusion of meaning and significance in a reality that has none. Good, evil, morality and thought are nothing but illusions, with no absolute standard in the universe by which to prove their absolute existence as immutable physical laws.”

I would argue that this is a worldview that most of us are familiar with, I might even say it haunts us. In fact, we could distill the whole paragraph down to “we’re all nothing” and “Good, evil, morality and thought are nothing” Or this quote from a book review on a recent popular philosophy book, “which tackles one of the oldest and most profound questions that humans have asked; ‘Why is there something instead of nothing?’” What I find fascinating is that it is so easy to accept the existence of nothing and in fact nothing is the default setting, of which there can be no doubt, while the existence of something, anything is questionable. Properly speaking this is nihilism, but of course nihilism has a bad reputation

Sometimes we talk about worldview like fish swimming in the sea of a belief or attitude, but for moderns the belief in nothing is more than simply a concept, it is a philosophical black hole. Please don’t take this as simply pejorative, as just name calling. I’m trying to make a more exact point. A black hole is so dense that even light cannot escape, it has such incredible mass that it exerts an irresistible gravitational pull if you are within range, everything within a vast distance of the black hole is affected by its great power.

The despair and hopelessness that is a natural result of this nihilistic fusion of materialism and existentialism is simply part of our worldview. The antidote is often a Promethean myth of the hero, who despite the ever presence and inevitability of nothing, strives bravely and self creates, ala Ayn Rand.

For every society except the modern, the idea of “nothing” seems rather odd. After all can you show me nothing? Your hand appears to be empty, but it is full of air and electrical and magnetic fields, chi and prana, etc., etc. Further, once we posit it, once we describe it, once it has qualities, nothing is a something.

Why is this even important? Faith in nothing has incredibly diverse consequences, particularly in ethics, but even in our day to day lives. If nothing matters, if there are no consequences, then there is no real need for limits.

I suppose there are nihilistic mages and astrologers, but since most modern nihilism relies on the sort of extreme scientific materialism noted above this poses a problem. How can we practice spiritual arts if there is no spirit?

Ultimately, for me, while I like the material boosts I have had with magic, and the ability to predict with astrology, perhaps the most important effect of my astrological and magical practice has been to slowly move me out of the gravitational pull of nothing.

Posted by Christopher Warnock, Esq at 10:02 AM