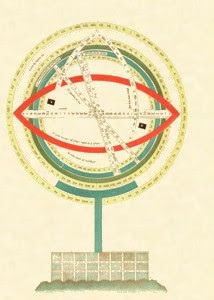 Ok, in the previous post on the USNO page, I discussed how to use the page for planetary talismans using the rising or transiting/culminating time as determined by those friendly folks at the Naval Observatory. (I used to walk by the Observatory when I lived in DC, this is where the Vice President lives.)

So, this time we are going to use the USNO page to do a fixed star election. Let's go to the USNO rising, etc page Now to make a fixed star talisman you would like to have the Moon applying to conjoin (this is best) or applying to sextile or trine the star plus the right Moon phase, plus the Moon and star unafflicted. The USNO page won't do all this.

However, for a fixed star re-consecration, once the talisman is made, having the star rising or culminating/transiting, is fine. It's good to reconsecrate every six months or so, though you can do it more frequently if you want. Note, that when you get a fixed star talisman from Renaissance Astrology you get one free consecration election. After that you need to either do the election yourself, or order an election from me.

Ok, that's very cool for the listed stars. One that is not listed, but often needed is Algol. What I realized was that if we used Aldebaran, which is not far from Algol in the Zodiac, and had Aldebaran culminating/transiting, then subtracted an hour, we could get the Algol time.

Posted by Christopher Warnock, Esq at 9:35 AM