The Moon and Intuition: Key for Astrological Prediction? 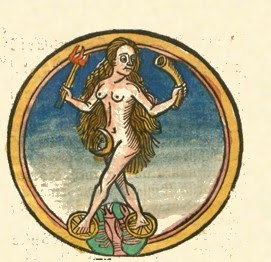 On my recent trip to Japan I did a number of unusual (at least unusual for me!) things.

I've mentioned the planetary initiation, this time of Jupiter, which I was privileged to give to participants at a Shinto shrine in Osaka. I've never done these in the US!

Also on my list of unusual things was doing on the spot natal readings. Normally, I always do my readings in writing. I find this gives me time to think carefully about the chart, and seems to help to write out the reading. But as part of my astrology lectures in both Tokyo and Osaka, I looked at participants' natal charts, riffing on the spot and even in public, so the other participants could see and hear. Not that I want to switch my general readings to this style, but very interesting!

Among the lecture participants were a good number of professional Japanese astrologers, tarot readers, and other types of professional Eastern and Western fortunetellers. In Japan fortunetelling of many types, traditional Japanese, Chinese, Taoist/Yin yang, along with Western methods are both practiced and widely accepted. It's more accepted here and easier to think about and actually begin a professional career.

What was striking about the natal charts of the Japanese fortunetellers was the fact that very often they had either an angular and/or dignified Moon. I think of about 8 or so fortuneteller participants, about 7 had this signature. Very interesting!

Ok, so first let's talk a bit about astrological signatures. We must be very careful not to try to set up a 1 to 1 correspondence between character traits or natal characteristics and individual chart features. For example, while almost everyone who has a strongly dignified Mercury in the chart is intelligent, plenty of intelligent people have afflicted Mercuries.

But the prominence of the Moon in fortuneteller chart is interesting. In my chart, for example, the Moon is rising. We tend to think of Mercury as ruling astrology and indeed Lilly, Christian Astrology page 78 says Mercury rules astrologers. Saturn also plays a role, ruling "secret sciences" Picatrix Bk III, ch 7. But Picatrix also says the Moon rules, "thoroughly studying high sciences such as astrology, magic, and other secret sciences" Picatrix Bk III, ch 7.

While I looked and couldn't find a reference in traditional sources, the Moon is also often associated in contemporary traditional astrology with intuition, visions, prophecy and psychic ability. When Robert Zoller looked at my chart, he noted that the rising Moon indicated intuition and divinatory ability. The prominence of the Moon in these charts brought home to me the importance of intuition and divinatory ability to astrologers.

This raises an important point. When I first started practicing traditional astrology people would ask, "Are you psychic?" and I would say "no, this is scientific" After 15 years, I have realized that what Lilly calls judgment, aka intuition, is a key part of astrological prediction. I am finally confident enough in my intuitive approach to look at natal charts and publicly predict. It was gratifying to basically be on the money with almost every chart.

But as traditional astrologers we use intuition and psychic ability a bit different than a classic psychic. We do not immediately jump to our intuition. We first delineate the chart using traditional methods and then, within the possibilities indicated by the chart, we use our judgment and intuition to determine the final answer. I discuss this in a Youtube lecture here.

Nevertheless, this divinatory ability is extremely important. As astrologers should embrace rather than reject the title of fortuneteller, but in fact we are oracles. A great privilege and a weighty responsibility!

Posted by Christopher Warnock, Esq at 11:28 AM