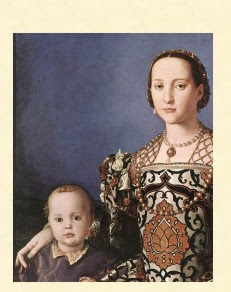 Ok, but why is that and have there been variations on what the 4th house covers in traditional astrology?

In ancient Rome the term familia was more inclusive, since it took in not only members of the family by blood and marriage, but also slaves and others living in the household.

In English the term house, as in House of Windsor, probably approximates the term familia, including relatives by blood and marriage and their retainers and dependents.

So I think we can look at the 4th house in several ways, first as members of your immediate household, people that you live with. This gets a little amorphous with temporary roommates, but even these shorter term situations involve sharing living space.

Secondly, our current social structure is pretty much based on a nuclear family or a smaller set of people sharing living space. We don't have a social set up with broader coalitions of extended families plus their dependents. So this would pretty much define family as blood or relatives by marriage. This is also 4th house. Of course keep in mind that in traditional astrology there are lots of different houses for specific relatives, for example, 3rd is brothers, sisters, cousins.

Oh, being adopted, I should add, the adopted children do seem to fit into the chart in a similar way to children one is actually related to, both in the 4th and 5th house contexts.

Thus my view is that you can refer to those sharing your living space, particularly on a more or less permanent basis, plus one's immediate relatives by blood or marriage as 4th house. Friends, even close ones, that you don't live with have a perfectly good house, the 11th, to be signified by.

This tendency to start fudging the definitions of houses and making classifications on very subjective grounds is very typical of modern astrology. Think about how I have laid out the 4th/11th distinction, basically if you don't live together and aren't a blood/marriage relative, then you get classified as a friend, fairly straightforward.

But how do you determine whether someone is a good enough friend to switch out of the 11th house into the 4th house very close friend category. Always would be a source of confusion and if you can't assign houses properly you can't judge the chart properly.

We have similar fuzzy subjective house assignments, with mothers and fathers. Traditional is very clear, Mothers are 10th house, fathers 4th. I've seen modern astrologers say that the 4th is the "dominant" parent. Wow, how on earth would you ever be sure you had that assigned properly?

More on the 12 Houses in Traditional Astrology
Posted by Christopher Warnock, Esq at 12:58 PM