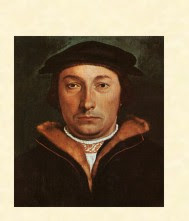 I recently had a question about making an astrological talisman and was asked if it was sufficient to have a strong intention while making the talisman, but without actually doing an invocation or other consecration of the talisman.

Ok, let's be careful here and parse through the various issues raised.

First our traditional sources are pretty clear that you want to actually speak and do an invocation at the creation of an astrological talisman. Agrippa says, "Moreover in making the image they advise that prayer for the effect for which it is made, be used. All which Albertus Magnus in his Speculo affirms" Three Books of Occult Philosophy, Bk II ch 49 and "Moreover together with the foresaid Images, they did write down also the names of the Spirits and their Characters, and did invocate and pray for those things which they [wished] to obtain." Three Books of Occult Philosophy, Bk II ch 46.

Of course Agrippa also emphasizes the importance of intention and confidence in doing magical work. "The Philosophers, especially the Arabians, say, that mans mind, when it is most intent upon any work, through its passion, and effects, is joyned with the mind of the Stars, and Intelligencies, and being so joyned is the cause of some wonderfull vertue be infused into our works," Three Books of Occult Philosophy, Bk I, ch 67. Often when Ficino or Agrippa refer to Arabian philosophers they are referring to Picatrix, and this sounds very much like the "Perfect Nature" passage in Picatrix Bk III, ch 6.

However, Agrippa goes on to say, "It being shewed that there is a great power in the affections of the soul, you must know moreover, that there is no less Vertue in words, and the names of things, but greatest of all in speeches, and motions" Three Books of Occult Philosophy, Bk I ch 69.

Besides the vertues of words and names, there is also a greater vertue found in sentences, from the truth contained in them, which hath a very great power of impressing, changing, binding, and establishing, so that being used it doth shine the more, and being resisted is more confirmed, and consolidated;

Which vertue is not in simple words, but in sentences, by which any thing is affirmed, or denyed; of which sort are verses, enchantments, imprecations, deprecations, orations, invocations, obtestations, adjurations, conjurations, and such like.

Therefore in composing verses, and orations, for attracting the vertue of any Star, or Deity, you must diligently consider what vertues any Star contains, as also what effects, and operations, and to infer them in verses, by praising, extolling, amplifying,

And by condemning, and detesting that which we would have destroyed, & hindered: and after the same manner to make an elegant oration, and duly distinct by Articles, with competent numbers, and proportions.

Moreover Magicians command that we call upon, and pray by the names of the same Star, or name, to them to whom such a verse belongs, by their wonderfull things, or miracles, by their courses, and waies in their sphere, by their light, by the dignity of their Kingdome, by the beauty, and brightness that is in it, by their strong, and powerfull vertues, and by such like as these.

So the creation of a talisman really consists of many factors. The proper timing, plus ritual, plus materials and design all combine to create the maximum power in a talisman.

Here is more on Astrological Talismans
Posted by Christopher Warnock, Esq at 4:23 PM