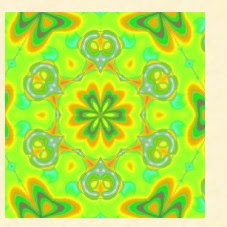 Essential and accidental dignity in astrology derives from a very key traditional philosophical concept, that of qualities that are essential to a thing and those that are accidental. For example, it is an essential quality of water that it is wet, as this is an essential quality, no water can be found that it not wet. However, being salt water or fresh water is an accidental quality because water can possess these qualities or not without altering its basic nature.

Thus essential versus accidental dignity uses this basic philosophical concept though it is a bit altered in astrology. The essential dignity of a planet tracks its course through the degrees of the Zodiac, it is a measure of its basic power from very strong to weak to very afflicted.

Accidental dignity is analogized to accidental qualities and includes things like angularity, (being angular, succeedent or cadent) benefic or malefic house placement (eg, 8th house is succeedent, but malefic) being combust, being retrograde, aspects to malefics or benefics, various conjunctions to fixed stars, house cusps or parts, etc. These are considered to be in addition to the basic power of planet as expressed by its essential dignity.

One possible way to consider this is to think of essential dignity as the qualities of the planet itself and thus the person or thing signified by it, while accidental dignity consists of qualities affecting the person or thing, but external to it. This is not a hard and fast rule, but useful in chart delineation.

Thus we can see why Frawley would say that 2 peregrine planets interacting would be like 2 drunks or 2 sick people helping each other, because they have weak essential dignity. So let's do some more examples, dignified Jupiter applying to trine Venus in detriment, a rich friend helps out a friend in dire straits. A dignified Jupiter applying to oppose Venus dignified, a powerful man argues with an equally powerful enemy. Jupiter afflicted applies to sextiles Venus dignified, the poor man tries to help the rich woman, Mars dignified separates from a square Venus afflicted, the strong warrior leaves his distraught inamorata, &etc.

Ok, the numbers game! In my discussions with Ben Dykes he has alerted me to the fact that the 9th-10th century Arabic astrologers were innovating like crazy. We had a recent discussion about the relative ranking of essential dignities which was in flux in early traditional astrology, but settled down as sign = 5, exaltation = 4, triplicity = 3, term = 2 and face = 1. Correspondingly detriment = -5, fall -4.

The original function of these rankings was to give an idea of relative strength and is certainly useful for that function. The problem is when the numerical ranking takes over and we lose the nuance of the dignities. For example, Bethem's Centiloquim, or his 100 Aphorisms, quoted in John Partridge's Mikropanastron
(London, 1679) pages 322-332, says,

Aphorism 13-A Planet in anothers house who rules the same Trigon, is as a man in the House or Castle of his friend.

Aphorism 15-A Planet in his House or Exaltation, is as one in his Castle or strong hold.

Aphorism 16-If in his House or Exaltation Retrograde, he is as a Sick man at home.

These aphorisms give us much more useful information than simply saying 3, 5 or 4!

Where we really go off the rails is starting to assign numbers to the accidental dignities. There is perhaps some value in a very basic sense of getting an idea of their relative strength and affliction, but assigning numbers then invokes an almost unbearable compulsion to start adding the numbers together.

This is problematic with accidental dignities because unlike essential dignities they are very heterogeneous. Being angular is qualitatively not like being retrograde which is not like being conjunct Algol. Then we really run off the rails by adding in the essential dignity rankings. It is not unusual to get astrologers saying, "Jupiter is +21" or "Mercury is -7" which is not only much less illuminating than "Jupiter is in sign and triplicity, rising and trine Venus", or "Mercury is in detriment and cadent" but can be downright misleading.

The key problem is that the accidental and essential dignities are so different from each other. Adding their numbers together is as fallacious as that old joke about making a camel & rabbit stew with equal amounts of camel and rabbit, ie one camel and one rabbit. As a very preliminary way to get a round about idea of approximate strength, numbers are fine for accidental dignity, but even with essential dignity, we risk losing nuance if we rely too much on numerical ranking.
Posted by Christopher Warnock, Esq at 11:58 AM