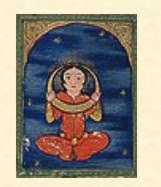 I had a question recently asking if a particular star was rising (conjunct the Ascendant) in one's natal chart, whether that made it a "lucky" star for the person and contrawise, if the star was on the Descendant (conjunct the 7th house cusp) that made it personally "unlucky".

It appears that the original Hellenistic use of the angles, ie 1st house cusp or Ascendant, 10th or Midheaven, 7th or Descendant, 4th or Imum Coeli ("below heaven") was as a measure of strength, with the Ascendant being strongest, closely followed by the Midheaven.

While the houses now have additional meanings, eg 2nd is money, 4th real property, etc., the angular houses retain their use as indicating strength and prominence. See Bonatti, Book of Astronomy, Tr. 2 Ch 4 Dykes trans at 94 "...four are called "angles", name the 1st & 4th and 7th and 10th. And these houses are the stronger and firmer parts of the Heavens..."

The most prominent part of a house is conjunct the cusp. A planet that is not in a house, but in the previous house within 5 degrees of the cusp of a house, strongly influences that house, even stronger than if it were say, 20 degrees into the house. This is the "5 degree" rule of Ptolemy. Tetrabiblos, Bk III.

So a planet, fixed star, etc., conjunct the Ascendant or Midheaven is giving the strongest possible influence over the strongest houses in the chart. The orb will vary depending on whether this is a planet (perhaps up to 8 degrees) or fixed star (within 1 degree usually) or varying for Nodes, etc.

In any case, a planet or fixed star conjunct the Ascendant or Midheaven will be very influential for the chart and very prominent in the life of a person if it is a natal chart.

Now, how it will affect the person or manifest depends on what the nature of the star is and the person's life situation. But merely being conjunct the Ascendant or Midheaven doesn't change the nature of the star. Algol conjunct the Ascendant in your natal chart, doesn't generally make Algol a "lucky star" for you, rather it makes you metaphorically lose your head and make bad choices or occasionally is an indication of violent death by literally losing your head. Now this does not rule out the possibility that you can tap into the energy of Algol more easily since it is so prominent but Algol stays Algol. Of course, my experience with Algol shows me that he or she is powerful, but quite useful in the proper circumstance as well. See, for example Large Algol Talisman and Small Algol Talisman.

I do notice that there is a tendency for astrologers to assume that the Heavens re-arrange themselves based on our personal birthcharts. If Saturn, for example, rules the 7th in your chart, he foretells, among other factors, your love life. This does not, however, make Saturn a love talisman for you, because this is not his nature.

We are the result of the mingling of celestial forces, not the arbiters of their nature!
Posted by Christopher Warnock, Esq at 10:21 AM

I have book marked the site, it's one of the most informative articles I have read.
Indian Astrology