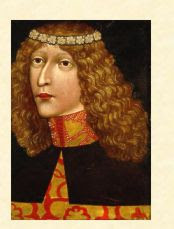 I was recently asked about how I timed the asking of a personal horary question. The questioner asked me, assuming I knew where the planets were at any given time, how did that affect when I asked a horary.

Using astrological software causes me to think in terms of celestial snapshots, lots of individual charts, rather than really being aware of the current position of planets. To tell you the truth, off hand I can't tell you the current position of any planet other than Saturn (in Libra) and Jupiter (in Pisces). Part of this is calculated because I don't want to base a horary on my knowledge of the planets' position and part comes from always using astrological software.

Of course, even if you know all the position of the planets, it is a lot more difficult to know who the current house rulers are and this is really the key to a horary analysis.

I have had clients who attempted to control horaries by worrying about the Moon being void of course, or Mercury retrograde or trying to ask the horary at a good time. My view of this is that it is about as effective as going through a tarot deck and taking out all the bad cards. You can force a positive divination, but it is likely to be inaccurate!

So I strongly advise querents not to base the timing of the asking of a horary on one's astrological knowledge. The easiest way to do that is not to be aware of the state of the Heavens at all, or at least do your best not to let it influence you.

What I recommend to clients is that they ask a horary when they just can't stand it any longer and HAVE to know the answer. Bonatti says, "For matters spring up according to the amount of worry and hope and money of the querent."

It is useful to consider exactly what is happening when a querent asks a question. Bonatti says,

There is an automatic tendency for us to think, "This is my question, I thought of it myself" and to think that this is our free will operating. In fact, we are in tune with the Heavens and our emotions, which are really what is driving us to ask the question, are under the influence of the planets and stars.

This view that, "this is MY question" also causes me repeated problems because querents, usually after they get a "no" answer to their relationship question and want to go back and start making technical attacks in hoping of turning the answer to "yes" freak out about using a chart for the time, date and place that the astrologer understands the question.

"...for let us suppose a Letter is sent or delivered to me, wherein I am desired to resolve some doubts; perhaps I receive the Letter into my hands at three o'clock in any day of the week, but in regard of some occassions, do not read it until four or five hours after; that very hour and minute of hour when I break it open, and perceive the intention of the Querent, is the time to which I ought to erect my Figure, and from thence to draw mine Astrological Judgment: This way and manner have I practiced, and found success answerable..."

I have found that the "received" chart is much more accurate and objective than the "asked" chart, which is much more subjective and tends to be colored by the attitude and emotions of the querent. Bonatti's explanation of the multiple causes of a horary helps us understand why it isn't simply the querent who is the cause and the be all and end all of a horary question.
Posted by Christopher Warnock, Esq at 11:58 AM