Why the Moon in the 1st is Meaningless: Traditional Astrology is NOT Reductionist 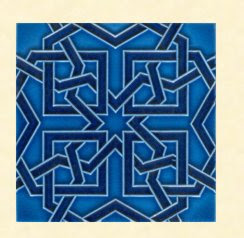 I definitely have a tendency to get cranky, certainly part of that is Mars in Leo retrograde opposed to Mercury, not an excuse for a character defect, but perhaps a partial explanation.

The other more reasonable explanation for crankiness is that it's hard to swim against the stream. What do I mean?

This is hard for the questioner to understand because the question seems natural to them. They almost certainly haven't thought why this is "natural' way to proceed, but it is, for most students of astrology and likely astrologers.

What they are doing is trying to break down the chart into its smallest constituent parts and then find the meaning in these individual parts. They can then take all of these meanings, string them together and understand the meaning of the whole chart. This is analytical reasoning "The process of separating something into its constituent elements." This is very basic to the modern scientific method.

We always have a worldview and a philosophy that we apply to organize and filter our experiences. "I don't have a philosophy" just means that we are unconscious of it. The standard scientific approach is reductionism Wikipedia article on reductionism "an approach to understanding the nature of complex things by reducing them to the interactions of their parts, or to simpler or more fundamental things" Understanding this method of organizing our understanding makes it perfectly understandable why it would be "natural" to want to break a chart down to understand it.

However, is this how a chart works?

I was watching some new BBC updating of Sherlock Holmes recently, which is a very good example of analytical reasoning. Holmes, looks for tiny details, the multiple scratches on a cell phone charge slot (modern) or scratches on a watch key slot (original), and deduces that the owner is frequently drunk or the burns on a discarded hat indicating the wearer has gas lights. Seeing all these tiny details separately, Holmes deduces the facts of the cases he investigates.

In fact, this NOT typically how actual detectives solve crimes. For example, Homicide: A Year on the Killing Streets is a 1991 book written by Baltimore Sun reporter David Simon describing a year spent with detectives from the Baltimore Police Department homicide squad. What is notable about the murder cases that are successfully solved in the book is that either the detectives get a lucky break, slog, slog, slog or if there is a flash of brilliance, it is of a singularly intuitive, holistic nature. In one case, a very experienced detective comes into the crime scene and intuitively points to a glass sitting casually on the counter, with nothing apparently distinctive about it. The crime lab fingerprints it and it comes back with the fingerprints that turn out to be those of the suspect! The detective had been in many crimes scenes and the glass just "felt" out of place in the context of the entire scene. But what alternative is there to reductionist thinking? Was the detective just making a wild guess?

"many systems are so complex that it will not ever be possible to describe all their details. Drawing an analogy to the Heisenberg uncertainty principle in physics, he argues that many interesting and relevant ecological phenomena cannot be replicated in laboratory conditions, and thus cannot be measured or observed without influencing and changing the system in some way. He also points to the importance of interconnectedness in biological systems."

An astrological chart is not a long list of discrete bits that are best understood by breaking down into bite size pieces. This is a "cookbook" methodology "Moon in the 1st means X" "Sun in Leo means Y" "Jupiter trine Saturn means Z" All of the constituent parts of the chart need to be considered together so we can look through the chart and see the underlying pattern of the situation that the chart reflects.

So while holistic has connotations of loosey-goosey fuzzy New Age gibberish, while analytical seems very rigorous and scientific, in fact, when it comes to traditional astrological delineation, the holistic method gives the most voluminous, most precise and most accurate predictions.

Admittedly we need to start with a cookbook method at the very beginning of our astrological studies. But just like looking at Hitler's chart and others where we know the outcome already, these are kindergarten methods, not how we want to proceed if we wish to be masters of traditional astrology.

The traditional astrological learning process is not, as one would surmise from the analytical/reductionist methodology, just a process of piling up more and information. Invariably my students seem to bumble around when they get to actual charts and then suddenly "AH HA" a light goes on and they can put all the pieces together.

But this leaves me with a dilemma. How do I respond when someone asks "What does the Moon in the 1st mean?" For them this is a perfectly normal and natural question and if I am going to be a helpful teacher or source of information I should answer them and give a brief bite sized explanation of the Moon in the 1st, eg "You may feel more nurturing today. Feeling like mothering people and showing you care. Your emotions will right on the surface. You may feel more vulnerable on this day." online astrologer

This is like being a cab driver and having a passenger want to go to the Air & Space Museum on Sunday at midnight. Are you helping them by doing what they ask, when you know the museum is closed?

I suppose from now on, I can give them a link to this post!
Posted by Christopher Warnock, Esq at 2:03 PM