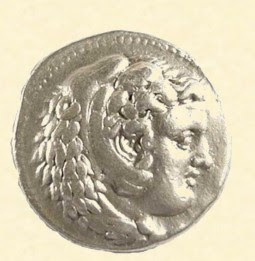 I had a poster asking about the use of Latin or Greek versus English for invocations. The whole question of sacred languages has been around for a long time.

Iamblichos says, "Because the gods have taught us that concerning the sacred races such as the Egyptians and Assyrians their entire language is adapted to sacred concerns and on account of this we believe that it is necessary for us to address the gods in a language that is natural to them." On the Mysteries, cited in Theurgy and the Soul, Shaw (Penn State 1995) at 180.

Shaw goes on to say that it is not the other languages are not given by the gods, but that some peoples, the Greeks, for example, by constantly changing and innovating, had lost the original divine inspiration that others, like the Egyptians had preserved.

In fact, Iamblichos sounds very Vedic, in emphasizing the very sound of divine names, like the bija or seed syllables of Sanskrit, that work through direct vibration and direct spiritual effect, without needing rational understanding. In fact, that is what makes these names divine, says Iamblichos, because they are beyond human understanding.

This is why I continue to use many planetary, Mansion and star names from many ancient languages in my astrological invocations.

It conduceth therefore very much for the receiving of the benefit of the Heavens, in any work, if we shall by the Heaven make our selves sutable to it in our thoughts, affections, imaginations, elections, deliberations, contemplations, and the like. For such like passions do vehemently stir up our spirit to their likeness, and suddenly expose us, and ours to the superior significators of such like passions; and also by reason of their dignity, and neerness to the superiors, do much more partake of the Celestials, then any materiall things. For our mind can through imaginations, or reason by a kind of imitation, be so conformed to any Star, as suddenly to be filled with the vertues of that Star, as if it were a proper receptacle of the influence thereof.

So, this makes it very useful to be able to understand the invocation we are making. If we read and especially if we speak aloud the qualities, powers and effects of Mars, it inspires us and also serves to connect us to Mars himself.

It is also not as if English is not a sacred language! In 500 years no doubt it will function like Latin in the Middle Ages.

This may explain why (or so I've read) that when people pray the Daily Office, especially monks and nuns, they're supposed verbalize it, even if it's only in a whispered voice, as opposed to just reading it silently.