Book Recommendations from the UPenn Magic in History Series 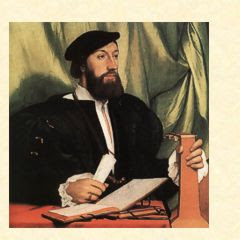 One of the problems of a magical practitioner in the early 21st century is getting caught between running aground on the Scylla (google it!) of fluffy bunny New Ageism or being whirled into the Charybdis of academic magical scholarship.

It's very tempting to be "serious" and start paying lots of attention to academic sources, after all they are the high priests of our society and their imprimatur (google it!) is necessary for legitimacy and prestige.

Unfortunately, academic observers of magic are still required to reject its actual existence. This makes them very problematic sources of information when one is actually interested in doing magic. Hard to get practical tips from someone that insists the whole exercise is a pointless exercise in outdated superstition. So, I've generally used academic sources very sparingly, in the very beginning of study, simply to get my historical bearings. I hadn't even bothered to read anything new coming out of academia in the past few years, so it was a pleasant surprise to run across two new books in the UPenn Magic in History series that I can actually recommend.

The first is The Transformations of Magic: Illicit Learned Magic in the Later Middle Ages and Renaissance by Frank Klaassen

Klaassen even goes to so far as to say that in his opinion, at least as far as the actual practitioners were concerned, that magic worked. Though I don't think he'd go so far as to endorse the practicing of magic by those in the contemporary world. Klaassen is one of the leading lights of the Societas Magicae, which is extremely frosty about actual practitioners. Their membership form, for example, asks either for your academic affiliation or a listing of academic articles published.

In any case, I did find Transformation of Magic very interesting and can recommend it because it gives a great amount of information about the split between astrological and Solomonic magic. I had thought that this was a modern phenomenon, but in fact, while astrological magic texts, mostly of Arabic origin, were popular in the Middle Ages, by the time of the Renaissance, the Solomonic style, ala Greater Key of Solomon, Goetia, etc., were all the rage. Very, very interesting!

I was then on a roll, and found another good new academic magic source, Magic in the Cloister: Pious Motives, Illicit Interests, and Occult Approaches to the Medieval Universe by Sophie Page.

Here the focus is on the library of the Benedictine abbey of St. Augustine’s in Canterbury, (yes England). Interestingly enough a significant portion of the monks had the time, interest and inclination to collect and presumably practice magic, alchemy and astrology. Very interesting summary of medieval and Renaissance magic and magical texts. Well worth perusing!

So let's just open the floodgates and look at the whole Magic in History series But I wouldn't buy it at the publisher, too expensive! Get Kindle or get used copies.

Here's what I like the most of the rest of the series:

Forbidden Rites: A Necromancer's Manual of the Fifteenth Century by Richard Kieckhefer

Oh, boy, this one really got me in trouble! This is a critical edition of a medieval book of magic, what Kieckhefer calls the Munich handbook of necromancy. Unfortunately, or perhaps fortunately, while it includes the complete Latin, there is no complete English translation. Nevertheless, Kieckhefer gives a lots of information about the talismans, etc.

I got in trouble with the one talisman I made out of this book, a black Mirror of Lilith as you can see following the link. So while I can definitely recommend reading the book, I can't really recommend using it!

The next book I can recommend is Unlocked Books: Manuscripts of Learned Magic in the Medieval Libraries of Central Europe by Benedek Lang

Again, by studying manuscripts and books in libraries, a great deal is revealed about the medieval and Renaissance practice of magic. Still, I'd love to have some actual critical editions of the magical texts discussed if not actual English translations.

Two more books in the series that actually contain translations of magical texts are:

This contains a translation of Bokenham's "Book of the Angels, Rings, Characters and Images of the Planets"

This contains an English translation of Antonio Da Montulmo's "Book of Intelligences" which is very unusual, giving instructions for invoking the spirits of the Zodiacal signs and intelligences of the planets.

So you can lose yourself for awhile in a wealth of academic material and even get some actual astrological magic or malefic magical texts!