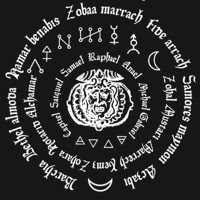 I am very pleased to announce 4 new editions of Picatrix, with one new limited time first edition!! To accommodate these changes I've completely revamped my Picatrix book section

Ok, so obvious question is, "What's the difference between these editions?" First, all Renaissance Astrology editions of Picatrix contain the complete four books of the Latin Picatrix. You won't be missing out on any of the complete text of Picatrix with any of our editions. The differences have to do mostly with the appearance of the book and in particular NEW illustrations!

All of the editions contain the basic Picatrix sigil images, again right from the Latin Picatrix, but we have several new illustrated versions of Picatrix.


I've also finally not only gotten fed up with Amazon and its totally inconsistent discounting and also figured out how to do discounts if you buy directly from the printer Lulu, so not only do we have new illustrated editions, but I've figured out how to cut out the middle man, keep making a reasonable profit for John and me and significantly cut the price for the reader!

Let me talk a bit about the edition. The "standard edition" is the Liber Atratus or Black Book, this is the one on Amazon for $39.95 (they pulled the discount!!!). Instead you can get this directly from the printer for $26.21 Wow!

The first new edition is the Illustrated Picatrix This is an illustrated hardcover version of the paperback "standard edition" this will eventually be available on Amazon at a list price of $59.95. This is really great! It has over 100 black and white illustrations, with Nigel Jackson's beautiful images of the 7 planets and 28 Mansions of the Moon, plus the 12 signs and 36 decan/faces by Renaissance artists.

This special limited First Edition Picatrix with the hidden Picatrix sigls and illustrations is just $44.95 plus shipping with direct ordering from the printer Lulu. Order the First Edition Illustrated Picatrix here

$44.95?!! That's just $5 more than the Amazon list price for the paperback, this is for a HARDCOVER with the illustrations and with the hidden sigils! Hurry though, the special First Edition will end as soon as the regular 2nd edition hardcover Illustrated Picatrix appears on Amazon.

But there are even more new Picatrix editions. Let me talk about the Liber Rubeus, the Red Book, we have a new illustrated edition of the Liber Rubeus! This is hardcover, again with the over 100 b&w illustrations including Nigel Jackson's 7 planets and 28 Mansions of the Moon and the 12 signs and 36 decan/faces by Renaissance artists. The Liber Rubeus is special because it is only initiated under the 5th Mansion of the Moon. It is the most macabre edition containing a very sanguinary description of the creation of a divinatory head and being decorated in skull motifs.

Finally, we also have an AMAZING deluxe COLOR Illustrated Picatrix. Unlike the other versions this is 8.5 x 10.25, very large format and all color. This version has even more incredible huge color images by Nigel Jackson of the 7 planets and 28 Mansions of the Moon, with color images of the 12 signs by a Renaissance artist. GORGEOUS! Each version will have a unique dedication that can have your name or the name of the recipient on it. For an additional charge I can do 7 separate planetary consecrations of your Color Deluxe Picatrix, turning this book of magic into a powerful magical artifact. Let me tell you, the spirits LOVE to inhabit Picatrix.

So, incredible number of options for Picatrix, the key grimoire of astrological magic, an authentic 1000 year old book of magic, a must have for any devotee of ceremonial magic and the occult. Again, check out all the editions here and order the limited First Edition Illustrated Picatrix here