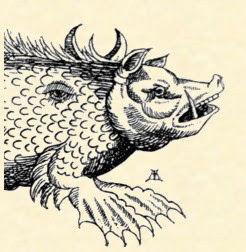 Yesterday I had an experience that doesn't happen very often, but is painful nonetheless. I had a horary client write me, upset that my prediction had been incorrect, for a legal horary no less! I checked and yes, it was wrong, no wriggle room.

Now there's a couple of things, first, there may be an appeal, so it is possible that the case gets overturned on appeal. Also the chart was not entirely positive so I could have played it a bit safer and hedged a bit. Finally, I think this was one of those situations where I was influenced a bit by sympathy for the client and a sense they were not being treated fairly.

Not much though! Here's a legal chart with the querent highly dignified, if a bit afflicted, much more dignified than the severely afflicted significator of the prosecutor in the 1st of the querent, a classic sign of loss. Plus the judge/jury were highly dignified and the querent's significator dignified in the 10th. One could definitely selectively focus on negative factors to fit a know result, but getting such a strong negative out of that chart really would be fudging.

Now there's two levels here. Obviously one is going to want to personally be operating at the top of one's game and not personally making mistakes. Getting it wrong doesn't automatically mean you made a mistake. Doctors can may misdiagnoses for example, without necessarily committing malpractice.

What doctors face less, however, is the second level, which is doubt about the whole enterprise of medicine. This is always a concern for astrologers. After all, the most prestigious contemporary institutions, the official modern arbiters of reality, reject the reality and efficacy of astrology. There is a sense that not only are you putting your own skill on the line with each reading, but that astrology itself hangs in the balance. If you get it wrong, clients may not only condemn you, but say, "oh, I tried astrology once and it was a bunch of @#$!$!"

I got a twinge of that with this client's e-mail. I wasn't happy personally not getting the prediction right and I was perturbed to look at the chart and confirm that the chart really didn't seem to fit. I'd really rather have made an obvious mistake myself, in a way.

In thinking about this I remembered a quote from an aphorism by Jerome Cardan. This is from Lilly and Coley's Animae Astrologiae, "18 When true genitures exactly taken in accidents prove false or absurd, and not agreeable to the things signified, they are to be accounted monstrous are to be avoided as anatomists do monstrous bodies in their dissections for they overthrow Art."

This is very profound. We tend to judge everything by the material world, this is Reality as far as we are concerned. But the Hermetic/Neoplatonic philosophy that undergirds astrology and magic sees the spiritual as primary and the material as a less perfect manifestation of underlying spiritual patterns and reality. Hyle, or matter without spiritual form, tends to resist the imposition of form. This is easy to see, how many times have we had a perfect idea in our minds, say a deck or dog house, and then found that the physicality of the wood, nails, concrete, etc, resulted in a less than perfect instantiation of our original idea?

Having done over 4,000 horaries for clients, the charts have overwhelmingly fit the situation. Even though I don't blindly accept the efficacy of traditional astrology, I'm not going to reject it even if the occasional chart doesn't seem to fit.