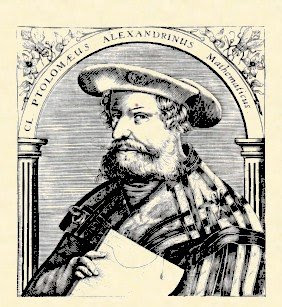 I had a recent election request that was a bit unusual, but it is good example of something that the traditional sources don't teach: how to actually FIND an election!

I was asked to find a time to reconcile with a friend, a very noble pursuit and a departure from the more usual marriage, business or legal election.

In this case the key houses are the 1st for the elector (person using the election) and the 11th house for the friend. Christian Astrology, page 56

Venus is the natural ruler of love and friendship. Al-Biruni

Ramesey in his Astrology Restored/Astrologia Restaurata at 199 gives similar instructions, noting that we should have the 1st and 11th houses and their rulers dignified and unafflicted and making an applying positive aspect.

[Note that as of today, I have a brand new 3rd Revision of the
Renaissance Electional Astrology Compilation! This includes Ramesey and every other traditional electional astrology text in English with approximately 50 pages of new material]

So, the key will be looking at the 1st and 11th houses and their rulers. What I recognize immediately is that this means we have a lot of possible planetary pairs. For example, if Aries rises then generally Aquarius will be on the 11th, if Taurus rises then Pisces will be on the 11th and so on. Watch out for variations based on particular locations! Here are the basic planetary pairs for the 1st and 11th house rulers

or eliminating the double pairings

This is very helpful, since it means we can then look at our ephemeris and see if these planets are dignified or at least unafflicted and making a positive applying aspect.

We note that Mercury is in Aquarius later in February and that at night he is the night triplicity ruler of air, so nicely dignified.

We can do Mercury/Moon with Virgo rising and the Moon ruling the 11th on February 22, 2009 as the Moon conjoins Mercury

For the client's location then on February 23, 2009 with Sagittarius rising and Virgo on the 11th, this is not the normal sequence, but due to the client's location and using Regiomontanus houses it worked! Be aware of these subtle variations which can be used to your advantage. Mercury conjoins Jupiter on the 23rd, so again we have a positive aspect between 1st and 11th house rulers

Then on February 24, 2009 we have Scorpio rising and Virgo on the 11th house and Mercury conjoins Mars. Now the problem with the 24th is that the Moon is combust, so usable only in a pinch!

These are ok, but only one of the rulers is dignified. How long do we have to wait until a really good election?

Well, on August 13th, 2009 we can get Libra rising so that the elector is Venus, dignified by triplicity and the Moon rules the 11th and is exalted and sextiles Venus with reception! Nice! Only hitch is after sextiling Venus and trining Mercury, the Moon is in orb though fairly widely of a square of the Sun. Still pretty good.

So, good example of how to work with a new house and the sort of you learn in my Electional Course, but isn't taught in the traditional texts. I am currently right in the middle of an upgrade to the Electional Course, putting it on CD, making the 3rd edition of the Renaissance Electional Astrology Compilation free with the course and adding a new lesson on ritual and ceremonial magic elections.