Natal is not Horary is not Astrological Magic 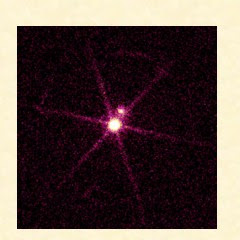 One of the things that is hard, even for experienced traditional astrologers to recognize, is that different areas of astrology apply significantly different rules and methodologies. I have seen traditional natal astrologers denigrate horary as simplistic, as the technique is not as complex as traditional natal, but then utterly fail to make accurate horary predictions because they tried to judge the horary using natal techniques. Horary may have simpler technique, but the level of precision and accuracy required is much higher.

We need to understand that every area of astrology has its own methods and even its own underlying principles.

This is true with regard to astrological magic. It is somewhat confusing, I realize, but in a fixed star talisman election, everything other than than the fixed star being well placed and unafflicted and the Moon applying to the fixed star and being unafflicted is basically irrelevant to the election. In other words, if they are not aspecting or otherwise actively interacting with the Moon or the fixed star, the other planets, house rulers, houses, etc., need not be considered. The focus really is on getting the fixed star powerfully positioned and aspected by the Moon.

The problem comes from porting over the standard natal approach in which the entire chart is important. In a birth chart every house and every planet is meaningful since it relates to a different facet of the life of the native (person whose natal chart is being examined).

Contrast this with horary astrology, looking at the chart of a question, in which only a limited number of houses, house rulers and astrological factors are relevant to the analysis.

Similarly, in horary's sister science, electional astrology, which is used to choose astrologically auspicious times, only a limited portion of the chart is relevant.

Our focus narrows even further in astrological magic with non-house based talismans, i.e. planetary, fixed star and Mansion talismans. With regard to fixed star talismans Agrippa says,

"...when any star ascends fortunately, with the fortunate aspect or conjunction of the Moon, we must take a stone, and herb that is under that star, and make a ring of that metal that is suitable to this star and fasten the stone, putting the herb, or root under it; not omitting the inscriptions of images, names and characters, also the proper suffumigations..."

Since culminating is almost as powerful as rising, we also use culminating for fixed stars. What we are doing is putting the fixed star in the most powerful position, ie either rising or culminating.

We then make sure the Moon is applying to a sextile or trine, or best yet a conjunction of the fixed star. As Picatrix says,

"And draw your attention to the Moon in all works [of magic] as if it were the chief of all the other planets because it brings about evident manifestations and judgments [?] in all things in the world and it pertains to the power of generation and corruption and she is the mediatrix [female intermediary] in the advance of your work, receiving the influences and impressions of the stars and planets and pouring them out to the inferiors of this world. "

Thus the Moon gathers the power of the fixed star and brings it from the 8th sphere to the sublunary realm and to the user of the talisman. We focus on the placement of the fixed star, the applying positive aspect of the Moon and finally making sure neither the Moon nor the fixed star are afflicted. We do not, however, start roaming all over the chart, worrying about the Sun in the 8th house, the affliction of Saturn by the South Node and mostly certainly not the progressed Black Lilith conjunct the Galactic Vertex! We have our electional methodology as explained in our traditional sources and this is what we apply. If we use the methods of our illustrious predecessors applied using their philosophy and world view, then we can achieve their amazing results!

So, it is important to take each area of astrology, even traditional astrology, on its own terms and not apply techniques and principles willy nilly from one area to another.
Posted by Christopher Warnock, Esq at 9:46 PM