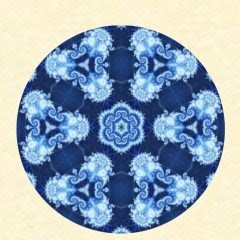 I was recently asked about how one would time an astrological painting. The question appeared to be a reference to Marsilio Ficino's discussion of creating an image of the Cosmos or universal image in Three Books on Life, Bk III, ch 19. This image, says Ficino, should be done when the Sun enters the first minute of Aries as this is the moment of the rebirth of the world.

Now how would we go about this in practical terms? Ficino speaks of sculpting an archetypal form of the world in bronze or imprinting the image on a thin gilded plate of silver. TBOL, Bk III, ch 19. Thus this could be done with a stamp, which is what Hiebner recommends in Mysterium Sigillorum, at 163-4.

We also use the casting process or acid etching glass, both of which can be done in a relatively short time, thus allowing for the actual image to be created and for the talisman to take on its definitive form at the elected time.

Now when we are dealing with slower methods we have to adapt somewhat. We can, for example, begin a painting at an elected time. We can, using modern giclee printing technology, print out the finished painting on canvas or just on paper using a standard printer at an elected time.

We can also work only in particular planetary hours. Simon Forman, the 17th century astrological magician, describes how a jeweler engraved a Jupiter talisman for him in just this fashion, working only in the hours of Jupiter. Notorious Astrological Physician of London, Traister at 100-1.

These are all practical considerations having to do with astrological timing. What is useful to realize, however, is the deeper process that we are engaged in. Traditional astrology is a way to bring ourselves into alignment with the cycles of the Heavens, and thus with the Cosmos and ultimately with the One. It has a significant temporal focus, but is also a universal language, capable of describing and classifying everything in the Cosmos.

Take, for example, planetary rulership. Every material thing is ruled by one or more planets, which is to say that we consider a particular Divine Idea mediated through a planet to predominate in that thing. For example, Venus rules roses when we consider that beauty and a beautiful aroma is the main quality of the rose. Of course, all planets are in all things in differing quantities. In the rose, the thorns are ruled by Mars, for example.

Thus while we can see how timing comes to the fore, traditional astrology points us to a much more comprehensive alignment which has both material and spiritual significance.

An astrological painting, therefore, could also be one that is based on astrological themes and is used as part of ritual, one that graces a building sited and designed astrologically, in a city, as Hermes was reputed to have done,

There he planted trees in the midst of which was a great tree which bore the fruit of all generation. On the summit of the Castle he caused to be built a tower 30 cubits high on the top of which he ordered to be placed a lighthouse the color of which changed every 7th day...Around the circumference of the City he placed engraved images and ordered them in such a manner that by their virtue the inhabitants were made virtuous and withdrawn from all wickedness and harm. And the name of the City was Adocentyn."