I'm a Genius??? The Path of Traditional Astrology 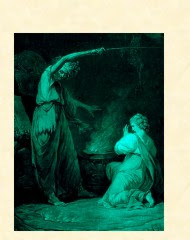 I once said that when it comes to astrology that I had never come up with anything original. Someone commented that this was sad. But not being original is hardly an admission of failure except to a modern who would prefer mediocre individuality to being part of something glorius, but not self created.

In the movie, "Amadeus" the mediocre composer Salieri is the only one to recognize Mozart's genius. Salieri curses God for giving him the insight to see (& hear) how sublime Mozart's music is, but not create similar music himself. My reaction was that Salieri was a fool! I feel incredibly blessed to have recognized the importance and brilliance of Hermetic philosophy and the Hermetic arts of astrology, alchemy and magic, in their transcendent traditional forms. To be able to accurately predict the future, to do great feats of magic is enough for me, I needn't create some new "CHRISMAGIC"TM

The advantage is that traditional astrology and magic, therefore, doesn't rest on some particular individual quality of mine, it is teachable! Yes, it takes actually sitting down and working through the learning process, but it is definitely doable. In terms of my ability to use traditional astrology and magic, yes I'm good at it, but I just got there first. If you are lurking or actually started studying, you can go down the same path.

And I've got a perfect example in our new Fountain of Wealth talismans. Great election and for the most powerful, but most difficult type, the house based talisman. This election was found and brought to my attention by one of my Astrological Magic Course students, Quero Lux! Thanks so much! A perfect example of how once you learn the methodology, these great elections start popping out at you. I'm finding that my advanced students find just the same great planetary elections that I do, once they learn how.

This confusion of the sublime material and the current often mediocre presenter of the material is one that has plagued traditional astrology. We've had a succession of translators and popularizers lose sight of the fact that they didn't invent the stuff. We have a crop of astrologers who claim the label of "traditional" I guess for the cachet, and then using modern or their own invented methods, without making this clear. Nothing wrong with innovation, but sailing under false colors does a disservice to everyone. If they'd just lose the overwhelming ego involvement all would be well!

What's great about traditional astrology and astrological magic is that you too can learn the ancient methods and duplicate the ancient results! You don't have to be a genius to do astrology and magic like one, you can just use their methodology. I fully expect that I will eventually be surpassed by my students and this is not a disaster, but very heartening. To be a link in the Golden Chain is glory enough for me!
Posted by Christopher Warnock, Esq at 2:24 PM

I don't know that I'd say popping out... elections with this many factors are not easy to find, especially in a reasonable time frame. I'm glad you're casting on this, as this should be a really useful and powerful talisman.
--------
- Quaero Lux
- http://quaerolux.com