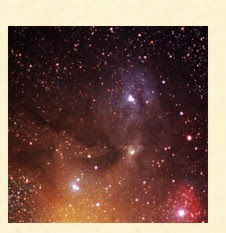 I had a question recently about trying to get the exact position of a fixed star for an election. This question comes up because the fixed stars are only fixed by comparison to the planets, from the Greek planetos or wanderer, who are bopping all over the place. The fixed stars do slowly move.

Firstly, some astronomy! The planets all orbit fairly close to the plane of the ecliptic, the path of the Sun, but the fixed stars are spread out all over the 3-D sphere of the Heavens. This means that their positions are distorted significantly when they are mapped onto the ecliptic from 3-D to the 2-D of the chart.

Saying this I can feel the modern reaction rising instantly, "ah, we must follow like robots the 'actual' material position of the stars". Not so fast! Now some philosophy. There are ways to use the heliacal rising and setting of fixed stars, Google this for more info, but our system of astrology doesn't use this, any more than Bach needed to use Indian raga quartertones to play incredibly beautiful music or I need German umlauts to write in English. Mapping the fixed stars onto the ecliptic gives us a whole set of "sensitive" points, a way of timing when the spirits of the fixed stars can be contacted, various sets of fixed star cycles in which the physical location of the stars imperfectly reflects more perfect underlying spiritual cycles, archetypes and Platonic forms.

Ok, now some practical considerations. The key here is "imperfectly". So analogous to the way matter imperfectly reflects the Platonic forms, so the ecliptic mapping of the fixed stars distorts their positions somewhat. Then we need to consider that precession, nutation, aberration, parallax and proper motion [google them for more info!] all cause individual differences such that we need to individually determine the Zodiacal location of stars, we can't simply apply a single formula to exactly adjust the current location for every star.

Finally, and I have been mentioning this a bit recently, when we do astrological talisman elections we do a time range, not an exact time, because we can't make a talisman instantly! For fixed stars I tend to use the rough rule of thumb of 3 degrees before and 3 degrees after their conjunction with the Ascendant or Midheaven. The influence begins to build and build as the fixed star moves toward the Ascendant or Midheaven, climaxes, then slowly fades out. It is actually likely more effective to consecrate longer and take advantage of the total range and total energy put out during the range. Anyhow it is not as if we had any choice, until we can work in the twinkling of an eye!

Bottom line is that like being unable to determine exactly when Sunrise happens, there is a point beyond which our attempts to be precise in terms of the exact degree, minute and second Zodiacal longitude of fixed stars simply is not effective. By using the time range, we can be sure that we can covered the most powerful time, even if we can't precisely determine what that is.
Posted by Christopher Warnock, Esq at 7:00 PM