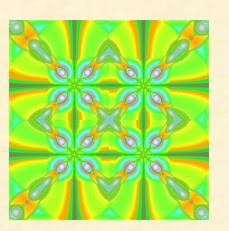 I had an interesting question recently asking whether "synastry" was used in traditional astrology. Synastry is a modern term for comparing two natal charts and allegedly provides information about the compatibility of the two people usually for romance.

While he doesn't call it synastry, Lilly has a very interesting section in Christian Astrology in the natal section at page 637-9, entitled, "Whether there may be Concord or Unity between two." in other words will two people get along. While this is placed under the 11th house of friends, I have used it for 7th house romantic relationships as well since the techniques are not house dependent.

Lilly says to look at the two natal charts and compare particular factors, in particular he compares the Ascendant rulers and looks to see whether certain planets are at the same location in both charts.

Lilly also uses the traditional concept of the friendships and enmities of the planets, ie Saturn's friends are Jupiter, Sun, Moon according to Lilly and his enemies are Venus and Mars. CA 637. The problem with the friendships and enmities are that there are lots of different and contradictory lists and sometimes you have weirdness where planet A is listed as a friend of B, but then planet B is listed as an enemy of A in the same list. A bit too confusing for ease of use! I've just left this out when doing traditonal "synastry".

Let me say a bit about synastry in general. It is pretty standard in modern astrology because modern is natal, natal, natal and they don't have any other way to try to forecast the specific relationship between two people. As far as I can see there are no generally accepted methods for modern synastry, everyone just makes it up as they go along. As is generally true for modern, typically the answer is that "YES, you are compatible with X! and will live happily ever after"

Couple of problems. First, the lack of set rules and general positive modern outlook heavily biases the modern reading towards a positive answer. Secondly, compatibility is used as a proxy for the question of whether or not the relationship will actually take place or last. The assumption that if two people are compatible, they will automatically be madly in love and thus in a committed relationship is clearly way off base. I used to joke that I am completely compatible with Scarlett Johansson, and I can just hear the wedding bells ringing there!

Horary is really the best method here. It goes right to the heart of the matter and can answer accurately and precisely, "Will I have a committed relationship with X?" Synastry can't answer this accurately even using traditional technique, let alone using whatever passes for technique in modern astrology.

More on Horary Astrology
Posted by Christopher Warnock, Esq at 10:42 AM