How to Do Fixed Star Talisman Elections 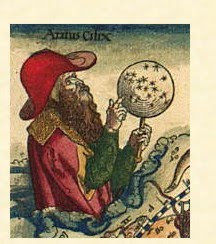 My software guy, Peter, was working on a new program, Stellis, for fixed star elections, but he is having problems with illness in his family so I don't know if Stellis is going to get off the ground. Basically it would have automated the process of fixed star elections for the 15 fixed stars discussed by Hermes.

But, lacking that, we have to do things by hand. (heh, heh, heh!) Well, maybe not strictly by hand since we can use astrological software.

Here is the recipe:

(2) Moon applying to fixed star. Best is conjunction, sextile or trine also usable. Must be applying, not separating.

(3) Moon and fixed star unafflicted,i.e., no applying oppositions or squares of any planet, no applying conjunctions of Saturn, Mars or planets afflicted, or South Node. Moon and star not combust, (within 8.5 degrees of Sun).

Ok, how to do apply this recipe?

A good free online chart drawing program is Astrodienst at astro.com
Here are their free horoscopes

Go ahead and put in your location and current date and time.

Go to Hermes on the 15 Fixed Stars and look for a star that does what you want it to do. For example, Spica is good for wealth. Look and see where Spica is in the Zodiac as listed on the page, Spica is at 23 Libra 47, or 23 degree of Libra and 47 minutes. Degrees are close enough so Spica is at 23 degrees of Libra.

Ok, so go to your chart and at the top right hand it says "edit data" for whatever you have named the chart. I named mine Spica.

Moon is at 15 Libra 48, a bit less than 8 degrees from Spica and the Midheaven at 23 Libra, and applying.

Moon is not making any bad applying aspects and Moon & Spica are unafflicted.

So I would start my talisman creation at 8:40 am CST on December 1, 2010, and then get started on my consecration ritual before 9 am CST. If the consecration takes longer than the election time range that's fine, just try to get the talisman made during the elected time and start the ritual ASAP.

That's how it's done!
Posted by Christopher Warnock, Esq at 9:49 AM