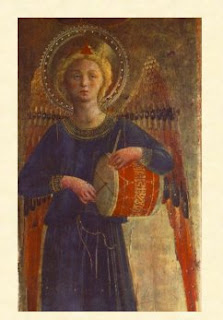 The guardian angel/personal daimon is extremely important in traditional theurgy and traditional astrology does indeed have a role to play here. The key part that astrology plays is in the identification of the planet of the personal genius.

Now the ancient Phylosophers teach us to know the nature of the Genius of every man, by Stars, their influx, and aspects, which are potent in the Nativity of any one; but with instructions so divers, and differing amongst themselves, that it is much difficult to understand the mysteries of the heavens by their directions.

For Porphyrie seeks the Genius of the Star, which is the Lady of the Nativity: but Maternus either from thence, or from the Planets, which had then most dignities, or from that into whose house the Moon was to enter after that, which at the birth of the man it doth retain. But the Caldeans enquire after the Genius, either from the Sun above, or from the Moon. But others, and many Hebrews think it is to be enquired after from some corner of the heaven, or from all of them. Others seek a good Genius from the eleventh house, which therefore they call a good Demon; but an evil Genius from the sixth, which therefore they call an evil Demon.

My tendency is to agree with Robert Zoller's identification of the personal daimon/guardian angel with the almuten figuris whose calculation is provided for in Ibn Ezra's Book of Nativities. The almuten figuris, literally the ruler of the chart, is found through determining the almuten over a series of points in the natal chart.

Here is the Ibn Ezra method as set forth by Robert Zoller, which I use.

Find the essential dignities of the 7 planets in the degree of the Sun, the Moon, the Ascendant, the Part of Fortune, the previous syzygy (i.e. New or Full Moon closest to the nativity).

Add the point values for each planet. sign =5 , exaltation=4, triplicity ruler (day ruler by day or night ruler by night only) =3, term=2, face=1.

Then add the following accidental dignity points to each planets' score

The almuten figuris is indeed connected with the personal daimon or guardian angel. Iamblichos, in Mysteries of the Egyptians, Chaldeans and Assyrians, notes that the personal daimon can indeed be determined from the natal chart. Wilder trans. (titled Theurgia at 270.

"This [daimon] therefore is present as an exemplar before the souls descend into the realm of generated existence. As soon as the soul chooses him for leader the [daimon] immediately comes into charge of completing of its vital endowments and when it descends into the body it unites with the body and becomes the guardian of it common living principle. He likewise directs the the private life of the soul and
whatever the conclusions we may arrive at by inference and reasoning he himself imparts to us the principles."

"If the Almuten figuris is the Sun, the native will want to lead, express his creative power and be recognized. If the Moon, s/he will want to care for, be cared for, eat and make love, dream, etc. If it is Mercury, s/he will be diligent in the sciences, business and communications. Id it is Venus s/he will be a lover of beauty, of music, of men and women etc. If it is Mars, s/he will fight in order to dominate. If it is Jupiter, s/he will philosophize and teach. If it is Saturn he will retire from society, investigate hidden things and suffer adversity."

So the role of astrology is initially to simply identify the planet of and planetary spirit ruling the almuten figuris.

Next it is also possible to determine the name of one's personal daimon or guardian angel using traditional astrology. Agrippa lays out the method for this at Three Books of Occult Philosophy Bk III, ch. 27 and explains various methods for assigning Hebrew letters to the degrees of the Zodiac for a particular natal (or other) chart and then deriving the name of the ruling spirit or angel. Note that this will not be Michael or Gabriel or another angel you can Google, but unlike the almuten figuris, will be unique to you and not shared with anyone else unless they were born at the exact same time, date and place.

Iamblichus in De Mysteriis, says that, "...the invocation of daemons is made in the name of the single god who is their ruler, who from the beginning has apportioned a single daimon to each individual and who in the theurgic rites reveals according to his good pleasure the personal daimon to each...when the personal daimon comes to be with each person then he reveals the mode of worship appropriate to him and his name and imparts the particular manner in which he should be summoned." IX 9-10 trans. Clarke & Dillon (SBL 2003) at 341.

So traditional astrology can be of immense assistance in the process of identifying and contacting the guardian angel/personal daimon. I can also say that doing the rituals and astrological talismans of the almuten figuris can be quite beneficial. I have had excellent results from mine!
Posted by Christopher Warnock, Esq at 3:46 PM

Find the essential dignities of the 7 planets in the degree of the Sun, the Moon, the Ascendant, the Part of Fortune, the previous syzygy (i.e. New or Full Moon closest to the nativity).

Does this mean only planets that meet one of these qualifications continues further in the process?

I think you are misunderstanding the process. Each degree of the Zodiac has different essential dignity rulers, ie sign (+5), exaltation (+4), triplicity (+3), term (+2) and face (+1). You add up the essential dignity scores for all 7 planets over the degrees of the points mentioned and the planet with the highest point score is the almuten figuris.

Thank you for the response. I'm still confused by what you mean by "over the degress of the points mentioned," but I'll check out Zoller and hopefully get a better grasp.

" So traditional astrology can be of immense assistance in the process of identifying and contacting the guardian angel/personal daimon. I can also say that doing the rituals and astrological talismans of the almuten figuris can be quite beneficial. I have had excellent results from mine! "

Hello Mr. Warnock, what is your Almuten Figuris and what results?

Sorry to be a bit mysterious, but I don't give out any of my birthchart info. In terms of ritual I have not specifically done planetary ritual for my almuten figuris, rather I do a daily invocation of the planet that rules the day. This has definitely been beneficial.

Not likely to be what you are looking for in terms of specifics, but c'est la vie!

I am wondering if you can elaborate a little more on what you mean by the type of worship that should be done in order to choose our proper spiritual path and method of reaching our HGA.

I did the Agrippan calculation of my HGA and came up with AlephSamekhAyinAyinTet or Asayaytah or perhaps AlSaAyAyTah. My almuten figuris is Venus. I am partial to love, beauty and music surely, but I am unsure of how to work this into a ritual context.

Funnily enough, I just did a tarot reading asking for my 3 possible spiritual destinations. One of which was The Lovers. The next day, I asked the same question, but for my single most likely destination and asked (all major+minor arcana), and drew...The Lovers!

This all seems to be fitting into a story, I would just like whatever knowledge you can give me. Thank you very much!

I'm not an expert on contacting the Holy Guardian Angel since I haven't actually done it myself. My focus has been on working with the astrological spirits and my interest in the guardian angel/daimon name has been that it can be derived astrologically.

When you do the daily invocation of the planet that rules the day, do you light candles/incense etc as a ritual, or is it something that can be read or spoken wherever you are?

The real question is respect, if you show the planets respect, then you are probably in good shape.

What happens when two planets gather the same number of points? which is my case.

Zoller doesn't say! My sense is that as co-almutens the planets share rulership.

Well, that sucks a bit cause after double checking the math I have 3 planets with the same amount of points ha ha

I guess it's best to go with the one that has more essential dignity and not the other two that catch up through accidental and day rulership dignity.

I'd honor them all!

Do you add 3 points for the cooperating triplicity? i.e. Saturn in Fire signs? I've seen some people say to add points for all 3 triplicities, but you go by sect? Thanks!

Either way is reasonable, I've been using day ruler by day and night ruler by night only