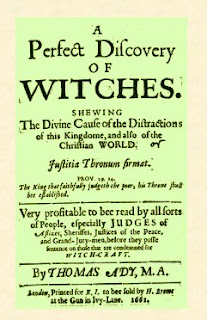 I had an interesting question on one of my discussion groups asking if it wasn't a good idea to incorporate or form a limited liability company ("LLC") to protect against lawsuits if you were a professional astrologer or magician.

Key point for any business is that you are not going to be able to insulate yourself from liability for anything you do personally by setting up a corporation you control. If you commit malpractice or are negligent, etc., you are personally on the hook for it. Your corporate stock or LLC ownership interest, is an asset, just like your house or bank accounts and they can all be seized.

Now astrologers and magicians in particular. Is there really any need to be concerned about being sued? I've heard crazy stuff like you should get malpractice insurance. First off, you can never stop anyone from filing suit, there's nothing anyone can do about that. Being incorporated or an LLC will NOT stop lawsuits. But seriously folks, there is almost no chance that an astrology or magic malpractice lawsuit could succeed. First off who sues over a reading that cost less than $100? Secondly, how are they going to prove malpractice, getting a prediction wrong isn't enough. Are they going to call in another astrologer or magician who testifies that you failed the national standard for astrology or magic or aren't licensed? No court is going want to hear conflicting testimony about astrological analysis or magical practice!

Being incorporated and being sued is for "legitimate" businesses, while astrology and magic are just borderline legal. You can still get prosecuted simply for being an astrologer in some cities and states. This is more of a problem than a lawsuit, depending on where you live and practice. Normally these cases get thrown out on 1st Amendment grounds with the courts saying even if we don't like astrology, we can't legislate people's philosophy or spiritual beliefs. But suing an astrologer or magician is like suing a priest, the courts are just not going to want to get involved, nor should they, unless there is actual fraud involved. Actual fraud would be someone who didn't believe in astrology just using it as a scam.

This is general advice and as always consult an attorney licensed in your locality.

Posted by Christopher Warnock, Esq at 11:33 AM

Words from a Lawyer!, thanks Chris.