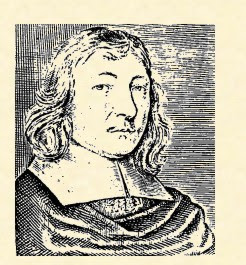 Personally, I've never been asked about haunted houses, but the famous 17th century English astrologer William Lilly was and he provides a very interesting explanation,

And whereas I mention these words (perhaps the house was unluckie) some may cavill at the words, and say,God’s blessing is alike in all places, and it’s superstitious to judge, a house that is not a living thing, can be made unsuccessfull or unfortunate, &c.: Let them enjoy their opinion still; there’s not a man in this world lesse superstitious than my selfe, yet what I have found by experience, I freely communicate, and doe remaine of this opinion;

That in what house any execrable facts are committed, the ministring of Angels of God feeling the villany done in that house, and the dishonor done to God therein, doe accurse that place or house; which continues so long, as there is not a full expiation made by some godly person, for the sinnes committed in that house; or untill the time limited by the angry Angel be expired, the house shall remaine a most unfortunate house for any to live in: And this which I write, and is inflicted upon houses which are insensible, I assuredly know is preformed to the full upon the great and smaller Families of this world, &c.

And what is even more interesting for the astrological magician, Lilly makes the only mention of talismans in all of Christian Astrology, putting the reference in Latin so as to avoid trouble,

The Latin roughly translates as, "There are sigils and lamens [ie talismans] which are not written and this I know"

This passing reference to talismans is telling because, in fact, Lilly was a frequent user of astrological talismans. His friend, Elias Ashmole, Steward of the Society of Astrologers, received a trunkload of talismans from Lilly and described them as, "the greatest arcanas any private person in Europe hath..." cited in Thomas, Religion and the Decline of Magic, page 635.

So we have a testimonial from William Lilly himself regarding the efficacy of talismans for curse removal!
Posted by Christopher Warnock, Esq at 9:08 AM