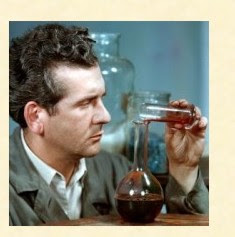 Ok, finally, I have it, the official statement of the scientific community and the United States government with regard to astrology. This is from the National Science Foundation which is an official US government agency and specifically from the National Science Board's Science and Engineering Indicators 2006, chapter 7 Science and Technology: Public Attitudes and Understanding, Belief in Pseudoscience

"A recent study of 20 years of survey data collected by NSF concluded that "many Americans accept pseudoscientific beliefs," such as astrology, lucky numbers, the existence of unidentified flying objects (UFOs), extrasensory perception (ESP), and magnetic therapy (Losh et al. 2003). Such beliefs indicate a lack of understanding of how science works and how evidence is investigated and subsequently determined to be either valid or not. Scientists, educators, and others are concerned that people have not acquired the critical thinking skills they need to distinguish fact from fiction. The science community and those whose job it is to communicate information about science to the public have been particularly concerned about the public's susceptibility to unproven claims that could adversely affect their health, safety, and pocketbooks."

Note that this report does not limit itself to stating that astrology is outside the purview of science, but denigrates it as a "pseudoscience" and that belief in astrology indicates that one has "not acquired the critical thinking skills they need to distinguish fact from fiction."

What is also telling about the report is that it repeatedly equates the term "scientific" with being valid and unscientific with being false. Interesting that it stops with astrology, ESP and UFOs and isn't honest enough to label transubstantiation, angels and God as unscientific also. Well, that would violate the science/religion truce in which science gets to define reality, using atheistic/materialist philosophy, but the religious get to keep on believing irrationally in that which clearly does not exist as matter or energy.
Posted by Christopher Warnock, Esq at 8:11 PM

It's sad, really. The deeper I worked my way into scientific academia, the more I found myself believing in occult phenomenon. This is doubly true for studying medicine. In my opinion, if you really and truly understand the subtleties of your brand of science, the thought processes developed lend themselves perfectly to understanding the occult.

This is a culture issue, and it's sad to behold.

Beneath the Firmament said...

Well you know...Science (chemistry/physics) can only explain the physical parts within a physical universe.
If a physical world is all there is to existence, then these scientists are right.