Elections & the Higher Cycles of Fate 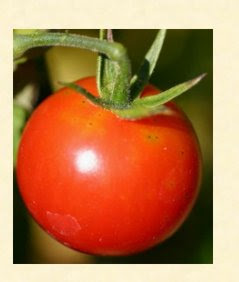 When I talk to clients sometimes I get the impression they think I don't step outside my door without doing an election. Having done elections for over a decade I realize that it just isn't practical. And while it's probably not that great for hard selling, frankly elections aren't as all important as client appear to think.

Definitely for important activities it is nice to get a good election, to start with the flow rather than fighting against it. But again, I get the impression that some clients feel that if they only found the "perfect" election that success is 100% assured. A good reason, therefore, to be super prickly and insistent about getting the election of the century from 9-5 Monday-Friday in the next 5 days!

Think about it, if I pick an absolutely fabulous time to announce my candidacy for President of the US, will I be elected?

This mono-focus on the time of the election loses sight of the fact that elections are just one of multiple, interlocking circles of fate and while significant are probably the least important. If we pick a good time for an investment, for example, this is dependent on our personal fate, as set forth in our natal chart and the fate of our family which conditions how much money we have and our training, the fate of our locality, the fate of our nation, plus the local, national and world economies.

Lilly has an excellent discussion along these lines,

..for a Beggar's child may have a Nativity [natal chart] equal with a King's but then they are not both the sons of Kings...[while] a King obtains extraordinary or very great honour upon the influence thereof: the young Beggar having the very same [chart factors] has no more falls to his share, then either to fall to some course of life, not so sordid as to beg. A King has Loans or Moneys of his Subjects; it happens the Beggar has some more than usual bountiful Alms from some good people. A King performs some honourable exploit: a Beggar has more than ordinary respect among his fellow-beggars..."

I've often thought that if you had an extremely positive natal chart or election in Poland in 1939 you'd get to be a penniless refugee rather than being dead.

So let's consider planting. Clearly, even if you had a superlative election if you plant tomatoes in Iowa in January, they will not thrive. I planted mine a bit early, but covered them from the last cold snap and now they are doing great, without an election. The higher cycles of fate, here of the seasons, overcome the lack of an election.

Now certainly if you can elect, it is often worthwhile to do so. I once elected the planting of 20 seeds and every single one germinated, which was far better than normal.

This explains, however, why I have a more relaxed attitude about elections than some of my clients. They are like astrological magic, most useful in addition to taking practical action, not capable of totally overthrowing all of the other cycles of fate by themselves.
Posted by Christopher Warnock, Esq at 4:13 PM

What is the definition of "election" as you use it in your post? I've just started reading your blog and this sort of material, and I'm out of context. Thanks! ~Amy S.

An election, from the Latin "electio" choice, is the branch of astrology that chooses astrologically auspicious times to take action.