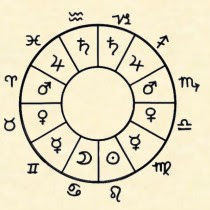 I had a poster ask about Picatrix, Liber Atratus Greer & Warnock, trans page 40:

They found this confusing because this isn't true of the opposition!

Ok, one of the things that will really frost your noodle is that there is no ultimate, 100% authoritative traditional source on pretty much anything. Sources will contradict each other and be internally inconsistent. Some times parts of traditional (and modern!) sources are just wrong.

In terms of the reasoning behind the nature of the aspects, everyone agrees that the sextile and trine are benefic, the trine being the best. Square and opposition are malefic, opposition being the worst. Conjunction is not technically an aspect, because aspect means seeing or looking and when planets are in the same degree they don't see each other. Classic traditional info which you learn and then disregard since a conjunction in practice is treated like an aspect and is good with good planets, bad with the bad planets.

But you must note that application by sextile or trine is good, for they are Aspects, of love, amity and Friendship; yet the trine is more forcible and better, for that a Planet in trine with another is out of houses of the one and the same nature, as fire with fire, earth with earth, water with water, and ayr with ayr.
A sextile is by a fiery with an aery, or earthy with watry, and therefore is not altogether so good as a trine, for that these agree not in every point; for fire is hot and dry, ayr hot and moist, agreeing partly, viz. in heat: so likewise earth and water; the earth is cold and dry, the water cold and moist, agreeing in coldness; for which reason a sextile is accounted indifferent good,

Ok, Aries to Gemini, a sextile, fire = hot and dry, air = hot and wet, they agree in one of two elemental qualities.

Aries to Cancer, square, Aries = fire = hot and dry, Cancer = water = cold and wet, they agree in no elemental quality.

Ok, so far so good! Aries to Libra, opposition, fire = hot and dry, air = hot and wet, agree in one elemental quality, OPPS! the sequence breaks down!

In fact, the basis of the aspects is not elemental qualities, but rather the traditional planetary rulerships of the signs. This everyone agrees on.

This explanation is internally consistent and accepted by every traditional source I've seen even if they have alternate explanations elsewhere.
Posted by Christopher Warnock, Esq at 2:43 PM

I have a question: If fundamental sources basically contradict each other, then what is the basis for our psychic and astrology beliefs? Will be waiting for your opinion!

While the overall sources are fundamental, the contradictions are are not.

The aspect chart you include is also known as the 'Thema Mundi' or 'horoscope of the world'; I first read of it in Firmicus Maternus, in a translation called 'Ancient Astrology Theory and Practice'.

F.M. himself denies that it is literally the birthchart of the universe, but only a learning tool set down by the ancient (to him, meaning, Egyptian) astrologers, but I have read some entertaining accounts of Jewish and Christian astrologers attempting to reconcile the Thema Mundi with the account in Genesis of the world's creation.