Planetary Rulers of Mansions of the Moon? 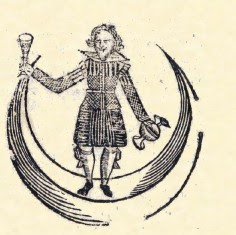 I had an interesting question about the planetary rulers of the Mansions of the Moon.

In Vedic astrology the 27 nakshatra do have planetary rulers, but this is based on a planetary period sequence, similarly to firdaria. The sequence is Sun, Moon, Mars, North Node, Jupiter, Saturn, Mercury, South Node and Venus.

A number of traditional Western sources do give planetary rulerships for the Mansions, but each one is different, some use the Chaldean Order, some the days of the week order.

My view is that having planetary rulerships for everything is like the modern Aries = Mars = 1st house. It is collapsing the nuances of traditional astrology and losing the underlying structure.

Still, there is some support in traditional sources, the problem is which source do you choose and then what does it mean if Mars, for example, "rules" the first mansion? I can see that the designers of Solar Fire were confused because they insist on giving the location of all the planets in Mansions. We can therefore puzzle over the meaning or to my mind, the lack of meaning, of Saturn in the 5th Mansion.

For more info on the Mansions check out my webpage, book,
Mansions of the Moon Mini-Course and Astrological Magic Full Course
Posted by Christopher Warnock, Esq at 12:04 PM

The way that I think about this one is that the planet (ruler) is stronger here than otherwise; it is not true rulership. Of course, I could be so wrong.

But why would a particular planet be stronger in a particular Mansion of the MOON? What does any planet, except the Moon, have to do with the Mansions?

Other than "we always use the planets for everything" that is?

I don't think the planets have influence on the Mansions of the Moon; since they are specifically lunar spirits.

The problem of associating planets to them is due to the zodiacal influences on the Mansions, but that's wrong.

Many magicians go with the logic saying: oh, if the first mansion corresponds to Aries, then Mars is the ruler of Aries, it also has influence on that mansion, and I repeat...that's wrong.