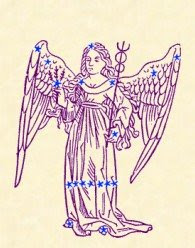 When I started studying magic with Robert Zoller, one of the few who have been privileged to do so, he mentioned the Picatrix in one of his early letters to me. I immediately asked him for a translation as I could not read Latin. He told me, "Don't worry about the Picatrix, right now" and we spent our time on preparatory matters.

I tried on several occasions to do the usual Latin study, learning grammar and declensions, but I just couldn't do it. What I really wanted was to read Picatrix. I started to pick away at it with a Latin dictionary. By sheer force of will I now have a rough and rather half a$@ed ability to read Latin, sufficient to translate short magical and astrological passages.

Had Zoller immediately bestowed upon me a complete English translation (which he doesn't have as far as I know) I would have skimmed through it and passed on to something else in my frantic search for the "secrets of magic" Instead, by not having it I ended up better off.

I have had problems with students who were under the impression that I was somehow withholding "secrets" from them, texts or images, who knows? that would somehow make it all clear and easy and make their study effortless. What they are missing is that the secret is the work itself, the process of studying the material and working with it.

One could do very well with nothing but a copy of
Three Books of Occult Philosophy and a copy of Christian Astrology, if one was prepared to dive deeply into these texts.

Still the illusion persists that if only a complete (& usable) English translation of Picatrix existed that all would be revealed. What will happen is that when (& if) such a volume appears people will swarm to buy it, skim it for 15 minutes and then it will get stuck on the shelf as they scramble for the next text with the "secrets of magic"

So, I certainly don't want to discourage people from buying books. Goodness, no, why not expend your buying desires on with John and my translations of Picatrix Books I & II in paperback and hardcover.

But so far, I have not seen any examples of talismans made using either our translation or the Ouroboros "translation". The true test will be when this knowledge is actually absorbed and applied!
Posted by Christopher Warnock, Esq at 11:36 AM