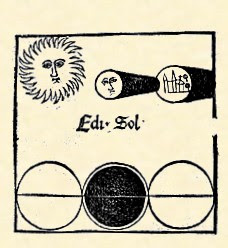 I always try to pay attention to patterns in events and recently I have been getting questions about timekeeping so I thought it was an opportune moment to discuss the topic.

Clearly for astrologers, timekeeping is key! In terms of philosophy and astrological theory, each moment and in fact, each moment at every different location, has a different quality which we can discern, sometimes clearly and sometimes vaguely, through the astrological chart of that moment that tells us the location, strength and interaction of the planets and other astrological factors, as well as the house rulerships and interactions of the house rulers.

In practical terms time keeping is extremely important because if we don't have the right time we can't get an accurate astrological chart.

The original month is the amount of time it takes for the Moon to orbit the earth. This is around 27.3 days. Alternatively the month can be measured from New Moon to New Moon, the synodical cycle, which is around 29 days. This is a longer time period because the waxing and waning of the Moon depends on the location of the Sun and the Sun is continually moving making the Moon go a bit further to catch up.

Note that none of these time measurements can be evenly divided into another. This means that as the cycles of time progress they never exactly coincide and thus are never exactly the same.

In attempting to work with these cycles and create a unified system, generally with calenders, many different approaches have been taken. The earliest was likely a Moon based calendar, since the waxing and waning of the Moon is very obvious.

However, since the Moon and Sun cycles don't coincide if you use a Moon calendar you get out of whack with the Seasons, which are governed by the Sun. Thus we get the 28, 29, 30 and 31 day months of the Gregorian calender which are an approximation of the original 27.3 day orbit of the Moon or 29 synodical cycle, used to fit the month into the Solar year.

The Gregorian calender, which we use today, is still oriented to the Solar year. By using leap years and adding an extra day and like this year, occasionally adding leap seconds, the time keeping year stays in step with the actual Solar year.

However, otherwise much of time keeping has been conventionalized and abstracted. The original cycles are not used, rather a regularized version of them has been put in place. The conventional month, which we have already mentioned, is a good example.

The standard day is made up of 24 hours, each hour has 60 minutes and the day starts at midnight. Clearly this has been regularized since the day starts at dawn, Sunrise and ends at Sunset. The planetary hours are an example of using the original cycle of the day.

Now even standard time used to have more variation. Each location used to have its own time, which while each hour had 60 minutes and the day started at midnight, they oriented their timekeeping by having noon when the Sun was directly overhead. This is called Local Mean Time. This caused problems, in particular for the railroads, and it was decided to conventionalize timekeeping by using timezones. Now everyone in a timezone is on the same time, regardless of when the Sun is directly overhead.

The next variation was Daylight Saving Time. My personal view is that the benefits are way overstated and that it is a mistake to mess with fundamental measurements. However, Congress and state legislatures, in their infinite wisdom, make us switch our timekeeping twice a year, "Spring forward and fall back" being the operative method.

We have reached a point where timekeeping has become so conventionalized, in addition to the fact that we have artificial lighting and temperature control, that we often feel independent of the original cycles of time. There is a tendency to see timekeeping as almost wholly conventional and artificial, something that can be manipulated or tinkered with, ala DST!

This is completely antithetical to traditional astrology. We need to understand and use conventional timekeeping because it is an excellent way to synchronize and precisely time our charts and our actions based on charts. However, we need to understand how conventional time works and also what the original cycles of time are. We must not lose sight of the infinite patterning and thus infinite meaning of the Heavenly cycles which are the basis of our art.
Posted by Christopher Warnock, Esq at 11:24 AM