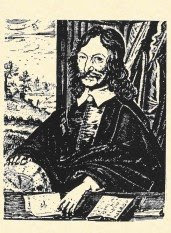 One of the major differences between modern and traditional astrology lies in the meanings applied to various houses. In modern astrology, the 6th house is the house of service, the 8th, the house of sex and the 12th the house of "how you sacrifice your self-interest to serve the needs of others: social work, charity work, volunteer work" In traditional astrology, the 6th is the house of servants, that is to say your servants or people that work for you or that you supervise, the 8th is the house of death and the 12th is the house of curses, witchcraft and secret enemies. Interesting how modern has dropped out all the negative meanings! Of course this makes sense when you are working in a psychological/therapeutic setting since you don't want to bum out the patient. For prediction, though not surprisingly, dropping all the negative areas means highly inaccurate predictions as negative stuff happens to people all the time.

Ok, so we decide to stick with the traditional house meanings, but we need to understand the basic patterns and relationships of the houses so we can accurately apply them. For the most part this is not a problem, people still fall in love and get married, 7th house, lend and borrow money, 2nd house and have careers, 10th house. However, in some cases relationships have changed between the 17th and 21st century (no, not because we are spiritually evolved!).

In Christian Astrology, originally published in 1647 William Lilly says that tenants are ruled by the 6th house. Is this the appropriate house for a modern question regarding landlords and tenants, however?

I would just say that I agree entirely with the contemporary traditional astrologer John Frawley's discussion of modern tenants as 7th house in Real Astrology, page 180. I think that there is a tendency for traditional astrologers to follow 17th century practice blindly. Clearly this is less of a problem than trying to mix in modern astrology which is truly the bane of traditional practice.

However, the key is to catch the spirit or the essence, if you will, of the traditional practice rather than thoughtlessly following every jot and tittle of Christian Astrology. Be particularly careful of situations where the name is the same, but the underlying reality or relationship has changed. "But this means knowing all about 17th century England", the student exclaims. Well, to fully utilize the precision and accuracy of traditional practice requires real work on the part of the practitioner. Sadly, traditional horary just isn't "plain and simple"

The 6th house is the house of servants, Christian Astrology 6th house and as JF notes in the 17th century one's tenants would be one's social inferiors as a landowner was a fairly superior sort of person. To this day in England and Scotland much land is not freehold and owned by the occupant, but held on 99 year or other long term leases leases. In London, for example, the Duke of Westminster still owns large and hugely valuable sections of the West End of London.

In the U.S., nowadays and most non-aristocratic types in the the U.K., who are renting out a room or apartment, are not in this position with their tenants. In fact, in Washington, D.C. the courts have found that this relationship is basically contractual, the landlord must provide a unit that passes muster under the housing code and the tenant must pay the rent. So this modern form of tenancy, despite having the same name as 17th century tenancy, is of a different form, one that much more properly fits in the 7th house.

More on Houses in Traditional Astrology
Posted by Christopher Warnock, Esq at 9:00 PM